Olly Murs and Carol Vorderman win 'Rear of the Year'

Olly Murs and Carole Vorderman have been crowned winners of 'Rear of the Year', beating out competition from Andy Murray and Cheryl Cole. 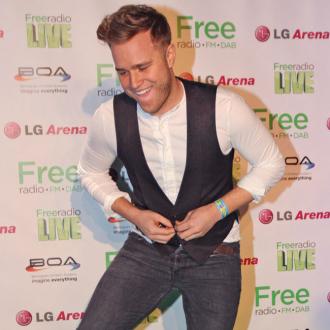 Olly Murs has been named Rear of the Year.

The 'Hand on Heart' singer - who shot to fame as runner up on 'The X Factor' in 2010 - beat tennis player Andy Murray into second place for the coveted best butt prize and was thrilled to pick up the accolade.

He tweeted: ''Thanks to everyone that voted for my arse we are both very proud of this award''

Olly even changed his profile photo to a picture of his pert behind as a tribute to his new status.

In the female category, former 'Countdown' mathematician Carol Vorderman was victorious yet again, making her the first celebrity to win the award twice.

Like Olly, Carol shared the news via Twitter. She joked: ''So Big Bum here has won THAT award for a second time.... one for each cheek, so to speak...it's a strange world!!! (sic)''

She also joked in a statement: ''As I said when I won it in 2011, I always suspected there were a lot of people out there who were glad to see the back of me. It now appears there were even more than I thought.''

The lighthearted competition first started in 1976 and named 'EastEnders' actress Barbara Windsor as the winner.

Since then, Rear of the Year has given trophies to plenty of perky-bottomed celebrities, including Rachel Stevens, Charlotte Church and Ian Wright.