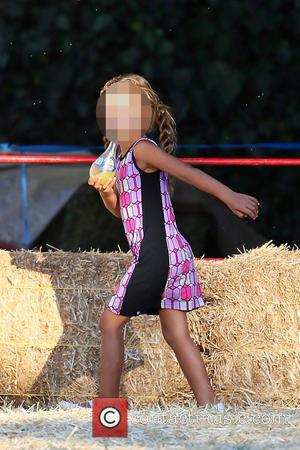 The French actor was driving his Suv in the parking lot of a local Los Angeles supermarket when he was sideswiped by another vehicle.

Martinez and the other driver were seen exchanging information and taking photos of the minor damage, which nicked the side of the car his five-year-old step-daughter was in, according to photographers on the scene.

Berry was not in the car at the time of the accident.