After photographers surrounded his wife Halle Berry and their children, the French actor allegedly struck an airport employee to the ground with a car seat while leaving LAX on Sunday.

Olivier Martinez may have just been trying to protect his family, but the French actor's actions on Sunday (Jan 4th) at LAX have landed him in hot water with the law as he has been named in a battery investigation. 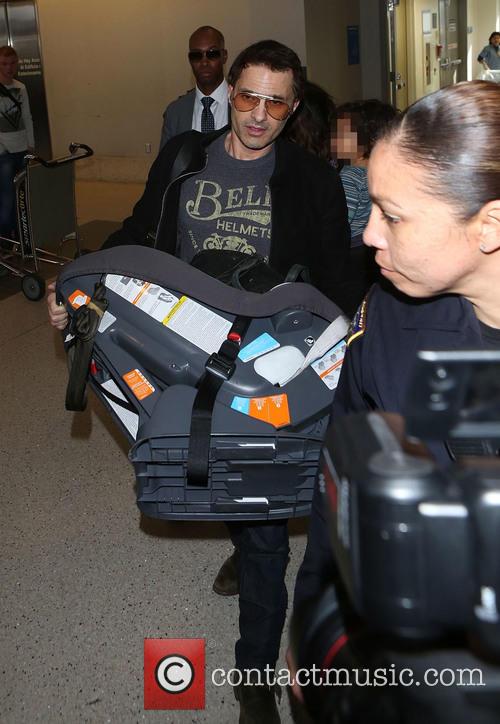 Martinez holding the empty child seat as he exits LAX

While leaving the airport with his wife Halle Berry, their 15-month-old son Maceo, and Berry's daughter Nahla, 6, they were quickly surrounded by photographers and employees, which is what triggered the incident.

According to TMZ, Martinez, who was holding an empty car seat at the time, allegedly struck an airport employee to the ground with the chair. However, it still remains unclear if the member of staff was trying to take a photo of the famous family or not.

After the incident, he was reportedly taken to hospital after complaining of abdominal pains.

In the video posted on the gossip site, the 48-year-old actor and the rest of his family are rushing out of LAX as they are being hounded by the photographers, who were shouting about the alleged assault. One member of the paparazzi is even heard screaming, "Violence in front of children! I hope he doesn't hit you at home."

As Martinez put his son Maceo into their vehicle, the airport employee in question ran over and to tell the police officers helping the family that he plans on pressing charges against them.

More: What Have Halle Berry & Olivier Martinez Named Their Son?

This isn't the first time Martinez has been at the centre of a physical confrontation. Back in 2012 he and Berry's ex-love Gabriel Aubry were involved in a fight that ended with one of the hunks getting knocked unconscious.