Olivia Wilde Claims Her Baby Bump Is A "Badge of Honor"

The 30 year-old actress spoke candidly about her pregnancy, noting the connection she feels with her unborn child: "He's moving around in there and no one else can tell...it's a little secret friendship." 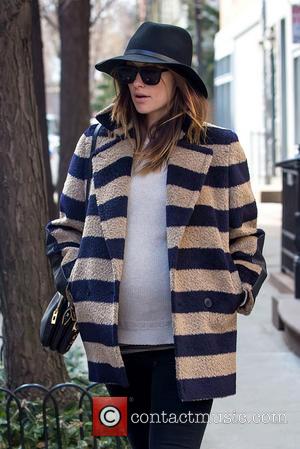 Olivia Wilde is only a month away from giving birth to her first child with Husband Jason Sudeikis, and she has plenty to say about her pregnancy experience.

Although the 30 year-old's Lucy Magazine cover shows no sign of a baby bump (obviously taken months previously) she spoke candidly about still feeling like a "goddess" after nearly nine months of carrying her unborn child.

The 'Cowboys & Aliens' actress also admitted that she liked to show off the changes her body was going through.

"I just thought, oh I'm going to hide this forever. But I ended up getting kind of excited to show the bump, as a badge of pride," she said in the May 2014 issue. "Like 'I'm a woman! Look at me making a human! I am a goddess!'"

The expecting star expressed how pregnancy didn't just affect her physical appearance either.

"Pregnancy does shed away all of the bulls-t. It gives you more empathy because you look at everyone and you think, you were a baby!" Wilde explained. "Pregnancy brings you into this sort of commune-you feel connected to women in a way that you never have."

'The Change-Up' actress doesn't forget to mention the connection a pregnant women feels with her unborn child either: "He's moving around in there and no one else can tell-it's a little secret friendship."

News first broke of Olivia's pregnancy this past October (2013), with a source close to her and Sudeikis stating, "They are incredibly happy, they're very excited to welcome a new member into their family."

Back in January Wilde revealed her baby's due date by quoting 'Star Wars' in an effort to not forget it. "May the fourth be with you," she said at the time, unveiling the date to be May 4th. 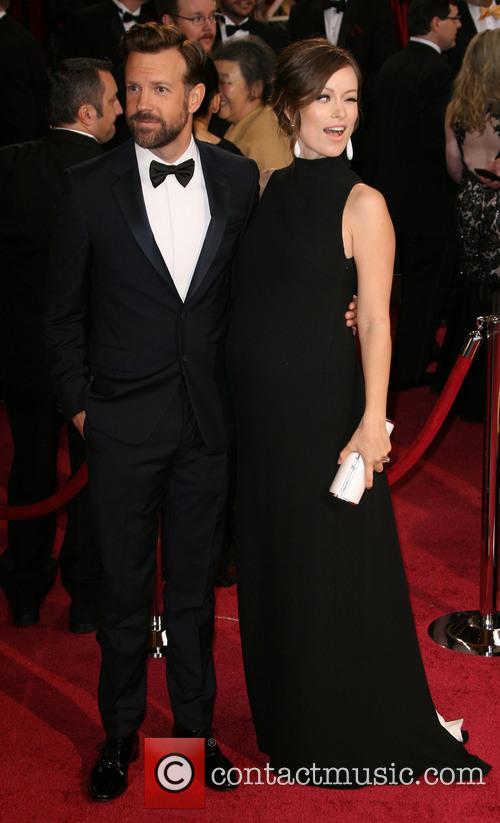 This will be Jason & Olivia's first child