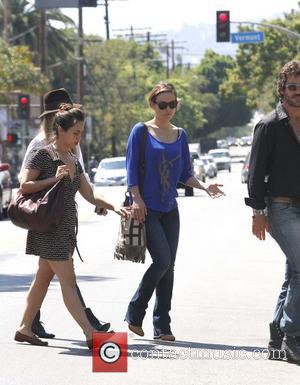 Actress Olivia Wilde is shooting a documentary about women living and working in Kenya's most impoverished areas.
The Tron: Legacy star has interviewed female entrepreneurs and toured the Kibera School for Girls in the run-down slums of Nairobi for TV documentary Half the Sky, which she is shooting with writer Nicholas D. Kristof.
The actress also met with women working at the Jamii Bora organisation, which seeks to eliminate poverty through microfinancing, and admits she was inspired by the visit.
In a post on her Twitter.com page, she writes, "Spent the day in Kibera slum in Nairobi, Kenya, with the strong women of the Jamii Bora micro financing org. My mind is officially blown."
Actresses Diane Lane, America Ferrera and Nicole Kidman are also filming installments for the Half the Sky documentary.