Olivia Wilde And Jason Sudeikis To Star In Relanxious

Olivia Wilde and her boyfriend Jason Sudeikis are set to star in relationship comedy 'Relanxious' as two anxiety-ridden characters who fall for each other. 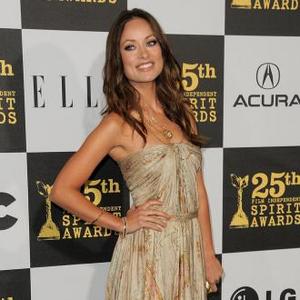 Olivia Wilde and her boyfriend Jason Sudeikis are set to star in 'Relanxious'.

The 28-year-old actress will portray an anxiety-ridden woman called Barrett who falls for George (Jason), an agoraphobic - a person with an intense fear of being in public places - so he can only speak to her over the phone.

However, the couple eventually meet up and try to forge a real-life romance after a number of loved-up conversations where they plan fantasy dates, Deadline.com reports.

Christopher Storer is in line to make his directorial debut in the relationship comedy, which also stars '21 Jump Street' beauty Brie Larson - who will star as Barrett's sister - and 'Saturday Night Live's Fred Armisen, as George's friend and only contact with the outside world.

Daniel Dubiecki and Lorene Scafaria will produce the movie, which is due to start filming in Chicago this summer.

The brunette beauty has recently finished shooting 'The Incredible Burt Wonderstone' alongside Steve Carell and is also starring in Ron Howard's 'Rush'.