Is The Sound Of Wedding Bells Muffled For Olivia Wilde And Jason Sudeikis? 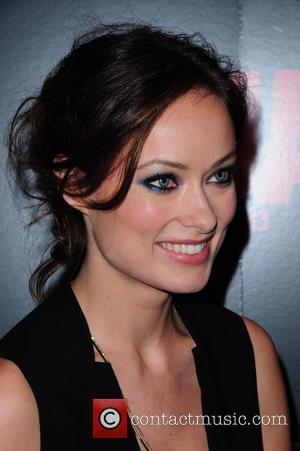 Olivia Wilde has hardy been shy about her feelings for partner Jason Sudeikis, of late.

An insider has told New York Daily News, though, that their relationship may not be all that it seems right now and suggests that those marriage rumors might well be a little hasty. According to the source, Sudeikis was thinking of popping the question to Wilde, but just lately, things have been strained between the pair, meaning that sound of wedding bells has gotten a little muffled of late.

Fans of the couple needn’t despair too much, though, it doesn’t sound as if the relationship is completely beyond repair. “They’re still talking,” the source reassured reporters and added “it’s a rocky road… but contact between them has not been cut.” Apparently, things went belly up for the couple around Thanksgiving Weekend, when Jason found text messages on Olivia’s phone that he didn’t take too kindly to. We’re not sure of the content of the messages but presumably it wasn’t just Olivia wishing her family a happy thanksgiving…

This is rum news indeed; especially considering how… ahem… open Olivia has been when it comes to discussing her relationship with Jason. After complaining that she felt like her “vagina had died” when she was married to Tao Ruspoli, she went on to reveal that she and Jason “have sex like Kenyan marathon runners.” Let’s hope the pair of them can sort out their differences, or Olivia might be looking back and cringeing over those comments.