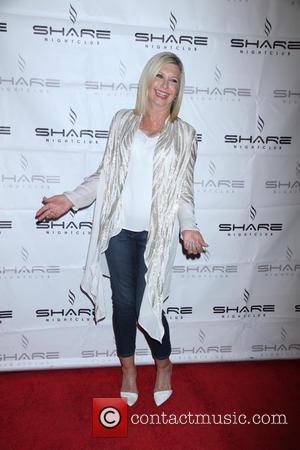 The Grease star's singer daughter has been engaged to martial arts instructor James Driskill for four years, while battling the eating disorder. Lattanzi is now fully recovered and she hopes she can serve as a source of strength for other young women suffering from the condition.

"I think my fiance had a lot to do with helping me get through it," she told FOX411. "I'm grateful I'm recovered fully, I'm healthy, I have a lot of fat on my body. (It was) terrible, awful having people taking pictures of you, writing about you when you're that sick.

"(But it's about) working on yourself, healing. It's years and years and years of life experience. I like to be someone that girls can reach out to and sort of, I don't want to say (be) an inspiration, but (tell them) you can get through it. It's a really difficult disease and has the highest mortality rate of any psychiatric illness, so I like to be a positive story."

In 2011, it was reported Lattanzi had called off her engagement to Driskill after discovering he was previously married, but she insists they are still planning to wed, and hope to tie the knot next year (16).

She said, "We're both lazy and we're thinking sometime next year."