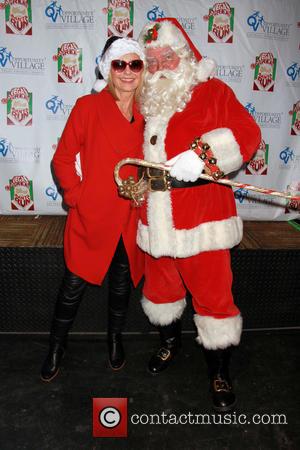 Olivia Newton-John reunited with her Grease co-star Didi Conn for a performance in Las Vegas on Saturday (03Jan15).

The Australian singer/actress is currently in the middle of her residency at the Flamingo hotel in Sin City, and she invited Conn to join her onstage during the gig.

Newton-John reprised her role as Sandy, while Conn joined in as her onscreen alter ego Frenchie, for a duet of hit song Summer Nights, which is also the name of the veteran entertainer's Las Vegas show.

Conn even wore an iconic 'Pink Ladies' jacket, similar to the one her gang wears in the 1978 film, while Newton-John donned a black leather jacket like Sandy's good girl-gone-bad character.

The production, which was recently extended to September (15), features Newton-John singing some of her greatest hits, including other Grease numbers Hopelessly Devoted to You and You're The One That I Want.