The 34-year-old actress recently opened up about her opportunity to star alongside Johnny Depp in the upcoming comedy 'Mortdecai.'

Although Olivia Munn's role in the upcoming comedy 'Mortdecai' is only small, she is well aware that the chance to be part of an ensemble cast including the likes of Johnny Depp and Gwyneth Paltrow is a huge opportunity. 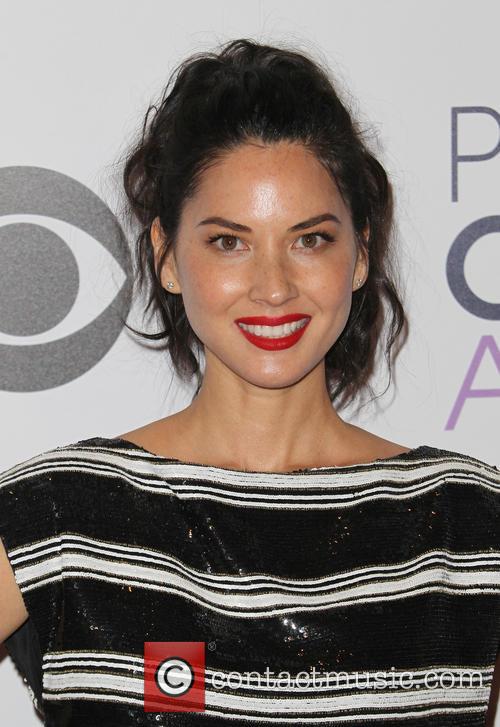 The 34-year-old actress recently discussed how lucky she actually was to land the role of Georgina Krampf, a high-society temptress with a fetish for men with moustaches, in the film about a rich English art dealer travelling the globe in search of a painting containing the code to a bank fully of secret Nazi gold.

"I just know how lucky I am to have gotten the opportunity," she told the New York Daily News. "It felt like getting the coolest dinner party invite."

"All these people have known each other for so long. These people are all very famous and have been famous for a long time," she continued. "You see them in pictures, but it's different when it's right in front of you. They welcomed me in right away and I felt very close with everybody immediately."

Although the A-Listers comforted her in the beginning of the production, Munn fund it rather difficult to keep her composure round the flick's star Depp, who plays art dealer Charles Mortdecai, especially during the funny scenes. "He would just switch it up every time and it was just so hard for me not to break down laughing," she said.

The Oklahoma City-born actress, who recently finished starring in the HBO series 'Newsroom,' is just getting to grips with fame, which has intensified ever since she began dating NFL quarterback Aaron Rodgers.

More: Olivia Munn Talks Being Inspired To Come To Hollywood, And New Venture As An Author

"You figure it out as you go," she said of getting used to the spotlight. "For me, I just think you should always be considerate of people. You should always say hello to the fans and say thank you and sign what people ask you to sign. Without the fans, people aren't going to go see you."