Olivia Munn for Ride Along 2?

Olivia Munn is reportedly in negotiations with Universal to join the cast of upcoming comedy sequel 'Ride Along 2'. 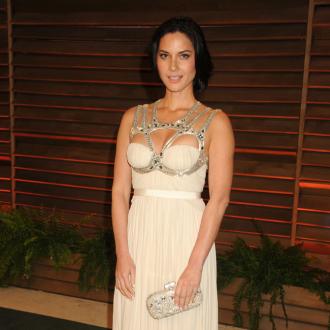 Olivia Munn is in talks to join the cast of 'Ride Along 2'.

The 'Magic Mike' actress is in negotiations with Universal to star alongside original cast members Kevin Hart and Ice Cube in the upcoming sequel, Variety reports.

Tim Story will also return to direct the second instalment, which will again centre on security guard Ben Barber (Hart) and police officer James Payton (Ice Cube), while Munn will be introduced as a no-nonsense homicide detective and love interest of Cube.

The script for the comedy - which will be produced by Ice Cube and Matt Alvarez for CubeVision alongside William Packer for Will Packer Productions and Larry Brezner - was written by Clash of the Titans' Phil Hay and Matt Manfredi.

The first 'Ride Along' movie was released in February this year and saw Ben attempt to prove himself to his girlfriend's brother James by accompanying him on a 24-hour patrol of the city of Atlanta, Georgia.

Munn, 33, is currently starring in horror flick 'Deliver Us From Evil' and will also appear alongside Johnny Depp in 'Mortdecai' next year.