Noah is set to take over from departing host Jon Stewart.

It’s been a roller coaster of a week for South African comedian Trevor Noah. On Monday he was announced as landing the biggest gig in comedy, taking over as host of ‘The Daily Show’ from Jon Stewart. But just days later some were calling for him to be dropped from the show, after a few of his controversial tweets from the past came back to haunt him in a big way. 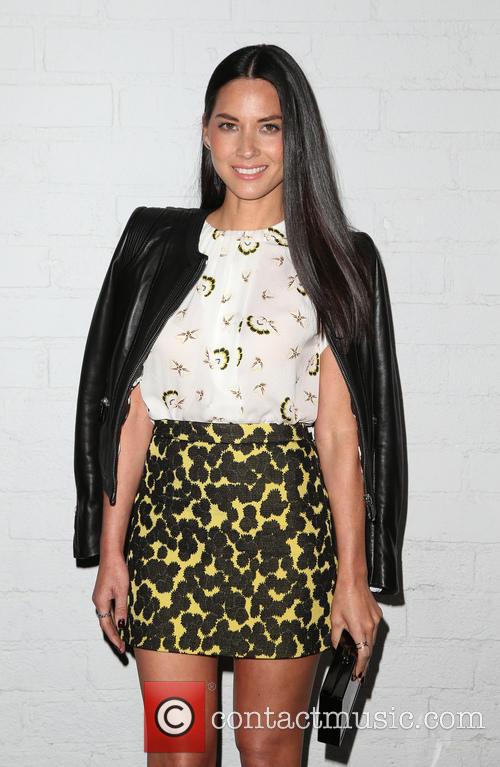 Olivia Munn has some words of advice for Trevor Noah

But not everyone is ready to writing Noah off, former ‘The Daily Show’ correspondent Olivia Munn instead had some advice for the 31 year old as he prepares for his big gig.

"The biggest thing is that he just goes with his instinct," Munn told E!News. "He's so naturally funny [and] he's so smart. So I think the biggest thing is for him is to just go with his gut, He's got this far, and they clearly believe in him. So you know, don't let any haters stop you. Just keep going.”

Munn also said she was looking forward to the future for Jon Stewart, who is departing as host after 16 years at the helm of the Comedy Central show. "He's so brilliant. He's got so much that we haven't even tapped into. He wrote and directed his first movie. I'm just excited to see everything else he's going to do.”

“Of course, you're going to miss that voice every day…But lucky for me I can just email him and be like, ‘Hey, what do you think about this crisis going on?' But it's definitely going to leave a definite hole and hopefully that's where Trevor comes in and creates something really different,” Munn continued.

After some of Noah’s historical tweets began to make headlines on Wednesday the comedian defended himself on Twitter writing, "To reduce my views to a handful of jokes that didn't land is not a true reflection of my character, nor my evolution as a comedian.”

A few of Noah's old tweets had caused him to be branded ‘sexist’ and’ anti-semitic’ by some social media users, who questioned his suitability for 'The Daily Show' role. One such status from January 2012 read, “Behind every successful Rap Billionaire is a double as rich Jewish man. #BeatsByDreidel.”

After Noah was announced as the show’s new host last Monday Jon Stewart showed support for his successor saying in a statement "I'm thrilled for the show and for Trevor. He’s a tremendous comic and talent that we've loved working with...In fact, I may rejoin as a correspondent just to be a part of it!!!” There’s no word yet on a timeline for when we can expect to see Noah take over from Jon Stewart.