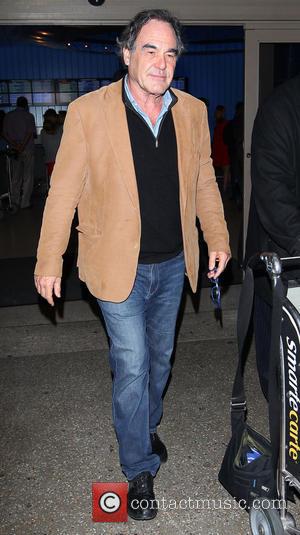 Oscar-winning director Oliver Stone has given a boost to WikiLeaks founder Julian Assange by visiting him at the Ecuadorian embassy in London.

The Born on the Fourth of July filmmaker met with the controversial whistleblower on 4 April (13) and later took to his Twitter.com page to detail their "hopeful talk".

Stone tweeted, "(It was also) a sad occasion in that Julian could not follow me out the door. He lives in a tiny room with great modesty and discipline. (He has a) strong mind, no sun, friends who visit, work to be done."

Assange has been living in Ecuador's embassy in the U.K. capital since June (12) as he battles extradition to Sweden, where he is wanted over allegations he sexually assaulted two women.

Stone also blasted a string of upcoming films about Assange, including The Fifth Estate, which will star Benedict Cumberbatch as the Australian, as well as Alex Gibney's documentary, We Steal Secrets.

The moviemaker adds, "One documentary coming out from Alex Gibney that is not expected to be kind. Another film from Dreamworks which is also going to be unfriendly... I don't think most people in the Us realize how important Wikileaks is and why Julian's case needs support. Julian Assange did much for free speech and is now being victimized by the abusers of that concept."