There you go, Londoners. Eminem at Wembley.

So Eminem is still a thing. Despite the rapper’s career deflating slightly after the 00s, he is still big. Big enough to fill Wembley Arena with screaming fans. In fact, Slim set sort of a record Friday, being the first rapper to ever perform at the massive London venue. Technically, he shared the honour with Dr. Dre, since the rapper/producer joined his former protégé for a couple of songs. Dre treated fans to a couple of vintage track, including Still Dre, Nuthin’ But A ‘G’ Thang and Forgot About Dre. 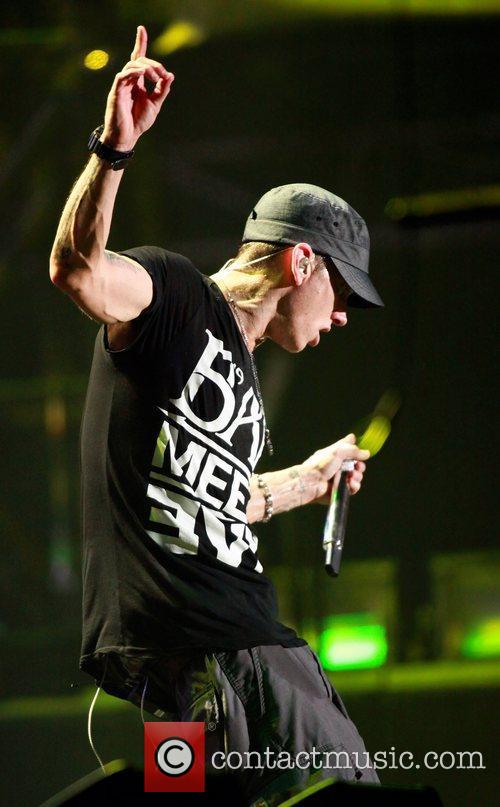 At 41, Eminem is still going strong and powering through shows.

And he wasn’t the only one helping out Eminem at Wembley. The rapper also brought out Danny Brown and Odd Future to open for him. So overall, it sounds like fans got more than they bargained for with the gig. There was a clear theme to the show, the same one Slim’s been playing on for a couple of albums now: do not mess with Marshall Mathers. He opened with a triple hit of Bad Guy, Square Dance and 3AM. 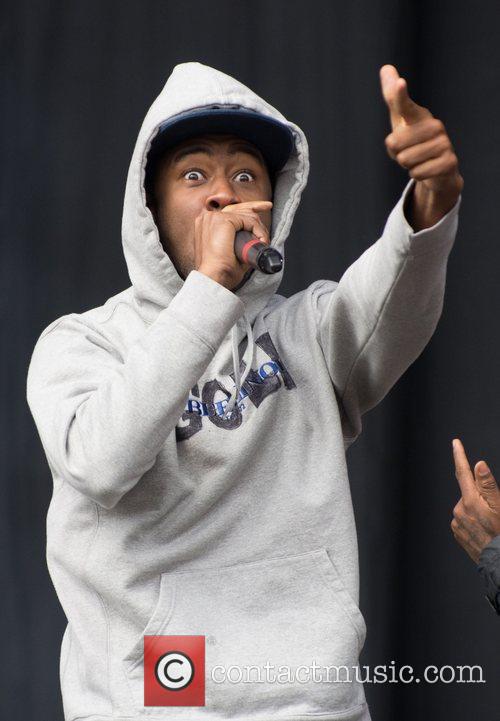 Tyler, The Creator of Odd Future

Odd Future - led by Tyler, The Creator - were scheduled to support Eminem at Rapture festival on Saturday in Auckland though six group members were denied visas when New Zealand authorities became aware of an incident at a show in Boston in 2011 when some witnesses claimed some Odd Future members incited fans to attack police, according to the Guardian.

The rapper performed 'New Slaves' and 'Late' with Tyler, the Creator and Earl Sweatshirt

Kanye West took time out between his Yeezus our dates to visit the Los Angeles Coliseum, where the 2nd annual Odd Future Carnival was taking place. There, during the headlining slot from Odd Future ringleader Tyler, the Creator, Kanye emerged on stage to perform two tracks as part of his surprise appearance. 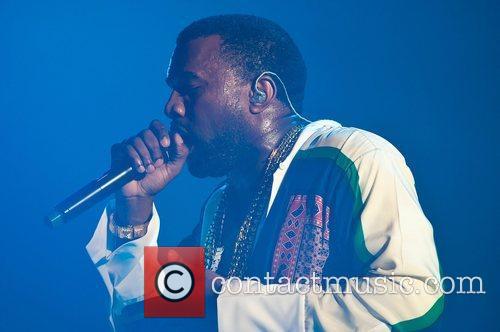 Kanye made an unannounced appearance at the festival this weekend

"I don't know what to do right now, so – can I have a hug first? I am so fucking happy," Tyler said after introducing West to the stage, mirroring similar events that happend last year when Lil Wayne made a surprise visit to the Carnival. Earl Sweatshirt came on stage too as Kanye launched into Yeezus number 'New Slaves,' before exchanging bars with Tyler and Earl on the Late Registration cut 'Late,' Rolling Stone first reported.

Luke Bryan Keeps His 'Party' Going At No. 1 For Another Week

Luke Bryan sure is having one heck of a 'party' as he celebrates holding on to the number one spot on the Billboard album chart for a second week running with the LP Crash My Party. The country star managed to battle off competition from a number of new releases, but he held strong and kept his place atop the album charts for one more week. 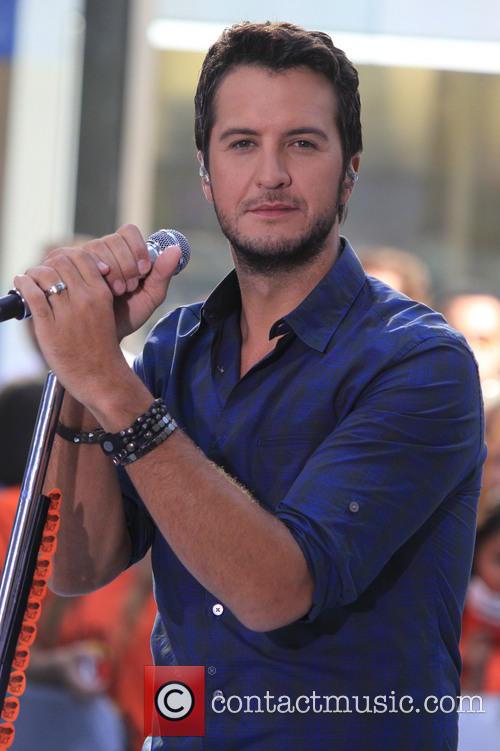 Bryan is at No. 1 for a second week

According to Billboard, the Nielsen SoundScan shows that Bryan's album is around 15,000 copies better off than his nearest competitor; John Mayer's Paradise Valley, a debut album in the album chart. It wasn't just Mayer whose latest release Bryan was fighting off either, as new releases; Three Kings by R&B supergroup TGT, Jimmy Buffett's Songs From St. Somewhere and rapper and Odd Future affiliate Earl Sweatshirt's debut album, Doris. Another debut hip-hop release, Trap Lord by A$AP Ferg, also entered the top ten, coming in a nine.

Continue reading: Luke Bryan Keeps His 'Party' Going At No. 1 For Another Week

The reviews have been ever so kind so far

Having emerged as part of Odd Future, Earl Sweatshirt became a fans’ favourite with tracks like Chum and WHOA. With a veritable truckload of hype behind him, the pressure was on to provide a solid debut album, and he looks to have surpassed himself.

“Doris displays some of those growing pains, but it also delivers a uniquely impressive collection of vicious beats and lyrics that make Magna Carta...Holy Grail sound like Marky Mark,” say Pretty Much Amazing in their review, while Pitchfork reckon “With Doris, Odd Future’s Odysseus is finally back and chasing the ghosts out of his head.”

They say they have footage that can pin the blame on the rapper, but no-one has seen this footage yet

Justin Bieber landed himself in hot water for a change on Memorial Day after he was accused of recklessly driving his Ferrari around his exclusive Los Angeles residential area. Now it looks as though the singer may have found a way around his latest charge, by blaming rapper and Odd Future affiliate Tyler, The Creator for the whole thing.

According to TMZ, the security team at Justin's LA mansion have filmed proof that shows Tyler driving the car over the holiday and not Justin, with TMZ gaining their intel from a police insider with access to the report filed by said security team. In spite of this revelation, it doesn't exactly clear Bieber's name for good, as it is still their word against four witnesses from Justin's gated community.

Former NFL wide receiver Keyshawn Johnson, who lives opposite Bieber's LA mansion, told TMZ on Friday (May 31) that he saw Bieber himself driving his Ferrari into the gated neighbourhood, something that he and 3 other witnesses agree on. He did go on to say, however, that when he confronted Justin about his manic driving he explained that it wasn't him doing the driving during the Grand Theft Auto-recreation, he just got in the drivers seat to reverse the car into the drive. We assume he did this after he ran away and cowered from the advancing ex-American footballer.

But Odd Future co-manager does defend the advert

In what’s been a lengthy war of words on all sides, Odd Future’s co-manager Ed Clancy has come to the defense of Tyler The Creator and his allegedly racist Mountain Dew advert.

The ad, which features a goat obsessed with Mountain Dew has drawn criticism from – most vocally – Dr Boyce Watkins who called it the most racial commercial ever, given it featured the goat lined up with a heavily stereotyped black suspect line and an all-white police force and victim on the side of the glass window. The ad has since been removed and Clancy apologized, though he did say "It was never Tyler's intention to offend however. Offense is personal and valid to anyone who is offended. Out of respect to those that were offended the ad was taken down."

In a statement given to MTV, he continued "For those who know and respect Tyler he is known for pushing boundaries and challenging stereotypes through humor. This is someone who grew up on [comedian] David Chappelle. This situation is layered with context and is a discussion that Tyler would love to address in the right forum as he does have a point of view."

Essay damns the advert "the most racist commercial in history"

A Mountain Dew advert featuring Tyler The Creator has been pulled from TV after being accused of using racist imagery to target the black demographic.

The advert centers around Felicia The Goat, but that’s not the issue that people have. An essay written by Dr Boyce Watkins on Your Black World took aim at just about everything, starting with the scene where Felicia is stood in a suspect line with exclusively black suspects. “In the world of Mountain Dew, every single suspect is black,” Watkins wrote. “Not just regular black people, but the kinds of ratchety negroes you might find in the middle of any hip-hop minstrel show: Gold teeth, ‘mean mugging,’ sun glasses wearing, white-t sportin, hard core n*ggaz ready to “get into some ol gangsta sh*t.” Watkins goes on to point out that on the police side of the glass window separating the suspects, all the people are white – “the good guys”.

“Mountain Dew has set a new low for corporate racism. Their decision to lean on well-known racial stereotypes is beyond disgusting” Watkins fumed in a lengthy prose. He’s far from the only one who has been stunned by the advert, and MTV have reported that the drinks company have since confirmed they are pulling the clip. "We apologize for this video and take full responsibility. We have removed it from all Mountain Dew channels and Tyler is removing it from his channels as well," a statement said.

By Contributor in Music / Festivals on 15 February 2013

If you love Tyler The Creator and you love professional wrestling then, boy, are you in for a treat? We’re pretty sure the last time we covered the scripted grappling in any detail it was to document Hulk Hogan’s sex tape, so it’s a delight to report there’s none of that sort of business going on in this, Tyler’s new video for single ‘Domo 23’.

The concept of the video sees Tyler starring as a wrestler named Fookie Bookie. You’d think he’d have a pretty solid chance of it in the ring, given that his Odd Future bro Earl Sweatshirt is in there with him as the referee. However, given that Tyler is also fighting against another Odd Future member, in Domo Genesis, it’s clear that the gang are all out for themselves in this pretty amusing video. And it’s Tyler who initially comes off worst, taking a mighty chair shot from Domo and seemingly going down for the count. Next up he’s against a giant of a man, and again looks like he's taking a pounding, only to overcome not only him but Domo as well, with that classic wrestling move of, um, spitting in their faces.

The song will be part of Tyler’s new album Wolf, out on April 2, 2013. He revealed that the album had three different covers, according to Pitchfork. A tour to support the album begins in North America next month; Tyler will kicks things off in Ohio on March 12. Check out the video below. 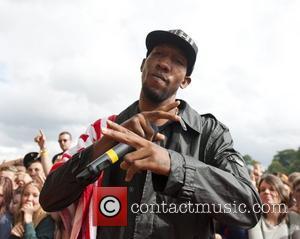