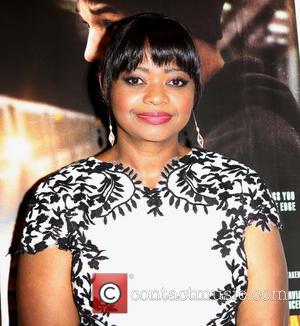 Oscar winner Octavia Spencer is suing the bosses of a diet company, insisting they owe her for endorsing their products.

The Help star has filed legal documents against Sensa Products executives, accusing them of breaching contract by manufacturing allegations against her and terminating a deal.

Spencer alleges she agreed to promote a "healthier lifestyle" for the company as part of a $1.25 million (Gbp833,000) deal, but told bosses that she would not pose for before and after photographs and wouldn't appear in tabloid magazines or websites.

After honouring her side of the agreement and actually losing weight by using Sensa products, Spencer claims the campaign flopped and the company's bosses attempted to cut her from the deal, alleging their celebrity spokeswoman was in breach of contract for insisting upon adding the hashtag "#spon" at the end of her tweets for the diet product company.

In legal papers filed in Los Angeles on Wednesday (28Aug13), and obtained by The Hollywood Reporter, the actress' lawyers state, "Sensa manufactures and markets a diet product designed to trick one's brain. Therefore, it's not surprising that it would manufacture allegations against its most prominent spokesperson, Octavia Spencer."

Spencer opted to add the hashtag to her endorsement tweets to adhere to new regulations from Federal Trade Commission, which call on celebrities to "disclose their relationships with advertisers when making endorsements outside the context of traditional ads, such as on talk shows or in social media."

In a termination letter that was sent to Spencer last month (Jul13), the star claims she was blamed for the failed advertising campaign she signed up for.

New Take 'Murder, She Wrote' With Octavia Spencer In The Works

NBC Producing Pilot For The Revival Of "Murder. She Wrote" Starring Octavia Spencer