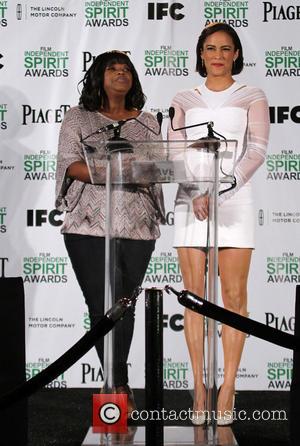 Octavia Spencer left acting royalty Julia Roberts and Emma Thompson stunned when she revealed plans to revive one of their favourite Tv shows Murder, She Wrote during a recent round table interview.

The three movie stars gathered for an in-depth chat about their craft with The Hollywood Reporter and The Help star thrilled her fellow Oscar winners when she confirmed her new Tv role.

News of the series revival and original star Angela Lansbury's opposition to the project has been documented in the media for weeks, but it appears the news didn't reach Thompson and Roberts.

As Spencer revealed the details of her new Tv role, Roberts said, "Wait a minute, Murder, She Wrote is still on Tv?" And Thompson followed up with, "Are you going to be Angela Lansbury?"

The Help star explained she signed on for the role in the revamp to try something new, adding, "I'm a short, cute, chubby woman. There are fewer and fewer roles that I haven't done already, or archetypes that I haven't played, and to break out of that box, the most interesting stuff is television."