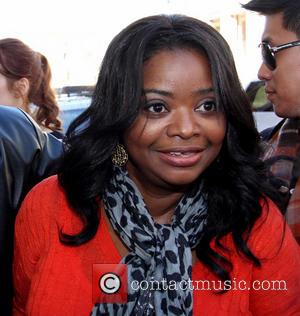 Actress Octavia Spencer is patiently waiting for the Hollywood awards season to end - so her busy pal Jessica Chastain will have time to cook her another hearty meal.

The star has been the toast of the film industry this winter (12/13) thanks to her critically-acclaimed performance in Zero Dark Thirty, about the real-life, decade-long search and killing of terrorist leader Osama bin Laden.

Chastain has already won a Golden Globe for her portrayal of CIA Agent Maya, while she is nominated for the coveted Best Actress title at the upcoming Academy Awards.

Spencer, who befriended the Oscar nominee while filming 2011 drama The Help, is thrilled for her pal, but she secretly can't wait for Chastain to return home so the pair can catch up over a delicious dinner prepared by the multi-talented redhead.

Spencer congratulated Chastain on all of her awards success by sending a note to U.S. talk show host Katie Couric, who passed on her kind words to the actress when she appeared on the daytime programme Katie on Tuesday (12Feb13).

The message read: "Jessica, I hope that since starring on Broadway and getting your second Oscar nomination... you haven't gotten too busy to cook me another delicious vegan, soul food meal! All of the accolades you've received this year are so deserved and couldn't have happened to a better person!!! Love ya, Octavia."

Explaining the cooking reference to the studio audience, a blushing Chastain said, "You know what's so funny about the movie (The Help) is Minnie (Spencer's maid character) teaches Celia (Chastain) how to cook and Celia's such a disaster... That shows how great an actress Octavia is, because you really think she knows how to cook. That woman knows nothing about cooking at all! And she's not a vegan, but she so didn't know how to cook that she would come over to my house to eat vegan food!"