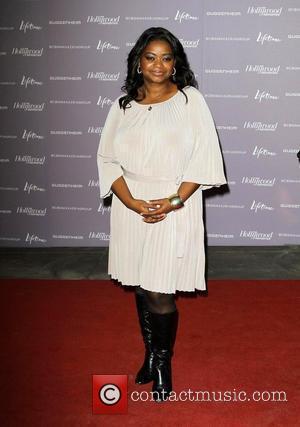 The Help star Octavia Spencer has an unhealthy night time habit - she suffers from sleep eating.
The actress, who is nominated for a Golden Globe, admits she had no idea about her problem until she started finding lost cutlery in her bedroom.
Her unhealthy secret was revealed on U.S. late-night show Jimmy Kimmel Live! on Wednesday (04Jan12) when a friend, working for the host, told him about Spencer's odd eating habits.
She explains, "It's crazy. I didn't realise I had this condition until I kept finding spoons... I was like, 'Seriously, how do we keep losing all the spoons?' And they were in my room with peanut butter in all these weird places."
But Spencer insists it's not a nightly occurrence: "When I'm stressed out I do it a lot."