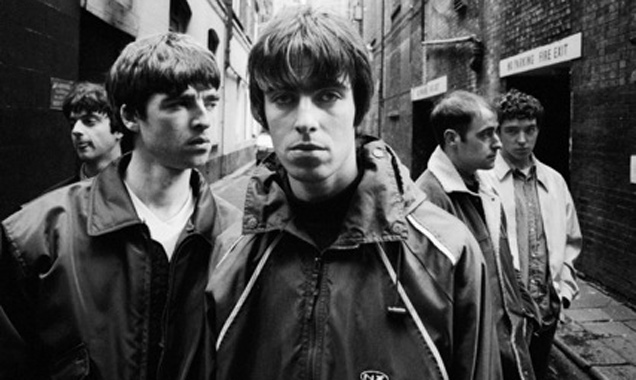 Chasing The Sun: Oasis 1993 - 1997 is an exhibition of rare and iconic photographs, artefacts and memorabilia from the early years of Oasis, the most significant band to emerge from the UK in the past two decades. Chasing The Sun takes us on the band's supercharged journey from a Manchester rehearsal studio to international rock stardom, via three landmark albums - Definitely Maybe, (What's The Story) Morning Glory, and Be Here Now - and many legendary gigs, from London's 100 Club to Glastonbury Festival to their era-defining two night stand at Knebworth House.

Curated by renowned photographer Lawrence Watson, who has photographed Oasis several times and worked on Noel Gallagher's solo album, the exhibition includes previously unseen images from the photographers who had fly-on-the-wall access to the band, including Jill Furminovsky, Paul Slattery, Tom Sheehan, Kevin Cummins, and Jamie Fry. The exhibition will also display some of the iconic instruments played on the early albums (lent by the band members themselves), vintage merchandise, artefacts from the album sleeves, plus rarely seen early audio-visual content.

Opening 20 years to the day since the release of their debut single Supersonic (released 11th April 1994), Chasing The Sun: Oasis 1993 - 1997 is the first ever exhibition dedicated entirely to Oasis.  This is an insider's view of the band's meteoric rise as they made rock and roll history. Don't miss it.