Director Mat Whitecross claims that the recently released documentary movie 'Supersonic' has made things worse between Noel and Liam.

Despite the resounding critical and commercial success, the recently released Oasis documentary movie Supersonic has actually made the rivalry between the Gallagher brothers worse, according to its director.

Mat Whitecross, who helmed the project, revealed that when he gave a preview screening to former frontman Liam Gallagher, he threw popcorn at the screen every time his brother Noel appeared.

The filmmaker told the Evening Standard on Thursday (October 27th) that the publicity and anticipation surrounding the movie had fuelled the rivalry, even though many had thought it would be cause for reflection between the squabbling siblings.

“We thought it would go one way or the other,” Whitecross admitted. “Everyone was ‘do you realise this film is going to bring them together again, it’ll be amazing’. I was like ‘Yeah, I’m not sure’. Actually the result of doing all the press, the more that Liam appeared… I think it made it worse, if anything.”

More: Liam Gallagher says his “bags are packed” if he’s ever offered an Oasis reunion

Having given their full participation to the project, the ever-warring Gallaghers were allowed to see the finished movie before anyone else.

“That was the most nerve-racking experience of my life, showing the film to them,” said Whitecross. “Liam just loved it. He was chucking popcorn at the screen whenever Noel came on and that sort of thing and just heckling him when he was talking. Liam is just very happy to watch himself on screen, he’s watched it about 100 times now. He’s into it.” 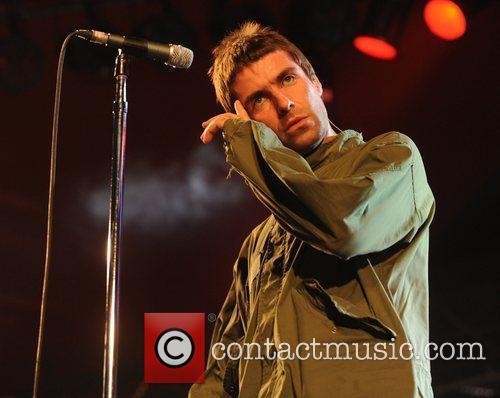 Having gone to the painstaking trouble of creating such a movie, Whitecross is hopeful that the brothers might, eventually, smooth things over and think about a reunion.

“Just as much as anyone I’d love to see them back together again, just on a personal level, for their sake and for their family’s sake… The bickering is pretty petty. I remember talking to Noel about this — I’ve known [Coldplay singer] Chris Martin for a really long time and he’s best mates with Chris Martin, and he was saying Chris was like, ‘Get on the phone, get on the phone’. But it’s not as simple as that, there are 30 to 40 years of reasons why they don’t get on the phone. It’s not something that can be solved overnight.”

More: Oasis turned down ‘Trainspotting’ soundtrack because they thought it was actually about trainspotters