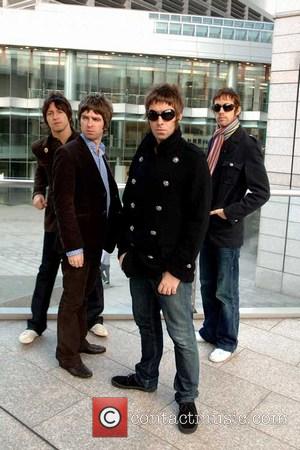 Oasis frontman Liam Gallagher confesses he feels sick every time he sings the band's smash hit WONDERWALL.
The rocker is bored of the hit and believes the band's new album, Dig Out Your Soul, offers better tracks.
He says, "At least there's no Wonderwall on there.
"I can't f**king stand that f**king song! Every time I have to sing it I want to gag. Problem is, it was a big, big tune for us."
The singer also dislikes being known as "Mr Wonderwall" in the U.S.
He adds, "You just want to chin (punch) someone."
Dig Out Your Soul is released next month (Sep08).