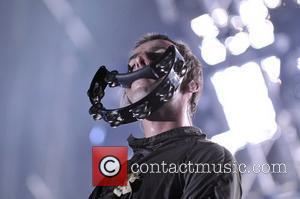 Oasis rocker Liam Gallagher is happy the band's arch rivals Blur have reformed - because it will spell the end of the Kaiser Chiefs.
The outspoken singer has been locked in a bitter war-of-words with Blur frontman Damon Albarn since the two groups famously went head-to-head in the U.K. singles chart in 1995.
The Parklife hitmakers are currently rehearsing for their eagerly-anticipated comeback shows this summer (09) - and Gallagher is delighted because he is adamant it will end the career of other British guitar bands.
He says, "I'm right into the Blur reunion, 'cos it'll finish off the Kaiser Chiefs and put them to bed. There's nothing worse than a s**t Blur. And at least the original s**t Blur are back to finish off all these other s**t Blurs. I'm bang into the Blur reunion.
"I'll tell you what, though, all these band reunions recently, it just goes to show who's the real deal. Oasis have never split up. Now all these bands have come back, just as the recession is kicking in. They've all been found out."