Review of Stop The Clocks Album by Oasis 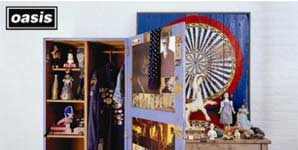 One can only presume that this is a double CD built by committee. Unfortunately for us, it is a committee that seems determined not to spoil any future compilation. Noel Gallagher always said that a band shouldn't be releasing Greatest Hits while it is still releasing music, and yet the record company could have done this with or without him. The travesty starts in the CD and a bit's worth of music - 90 minutes, spread over two discs - and in the omissions. Most of the tracks come from the start and end of the Oasis canon. Let's be honest, Oasis probably are the best band in the UK, and there isn't a dud on these two discs. However, the overwhelming impression is one of a bad commercial taste in the mouth. Stop The Clocks doesn't even have the track Stop The Clocks on it, for goodness sake... As such, it seems this wasn't a disc aimed at Oasis fans, but at those who've yet to dip a toe into the water. Not good enough - the rating is against what this could have been.