Review of Lord Don't Slow Me Down Single by Oasis 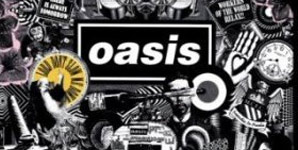 The Gallagher's have seemingly jumped on the band wagon in the shape of a "Download Single" OR the official story that Lord Don't Slow Me Down has been released to promote their DVD. So here is the real truth behind the track (or is it?) Lord Don't Slow Me Down was didn't fit within the last album, so naturally as soon as there was an opportunity to release it in some shape or form this seemed the ideal time.

The new Single to come from Oasis Lord Don't Slow Me Down is a Noel singing track so little brother Liam is just waving his tambourine around just so he feels part of the track. The one thing that does stand out is that it would have fitted in with the last album. Everything about it has that feel to it. This could of even been one of those tracks they would play to give Liam a breather and shine the limelight onto the rest of the band members.

There is always one thing about Oasis and that is once the first chord is played you recognise that it is them straight away. What ever the reasoning behind the latest release (Don't forget though there is a new edition in Noel's household) it is still Oasis showing that they are still around and have no intention of slowing down.