This may be a three-hour 15-minute Turkish movie, but it's utterly riveting in the way it explores big issues through lively, edgy characters. The winner of the Palme d'Or at Cannes, there isn't a dull moment in the film, which grapples cleverly with issues of justice and conscience in a fascinating rural setting. But the conversations could take place anywhere, and in the end, the film also becomes a witty, surprisingly moving exploration of how the growing gap between rich and poor is changing the world. 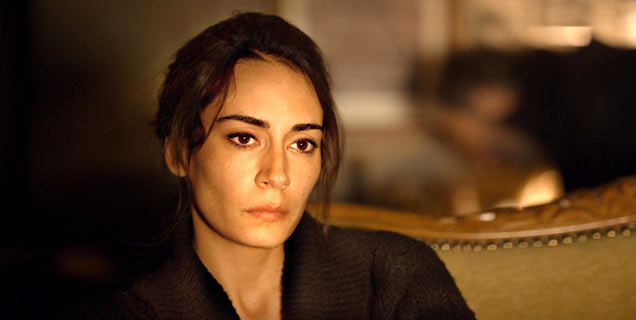 But it's always about the people, centring on middle-aged Aydin (Haluk Bilginer), who worked as a stage actor for 25 years before returning to central Anatolia to run the family's hotel, which like much of the local village is partially carved right into the rocks. Aydin lives with his intelligent young wife Nihal (Melisa Sozen) and his sardonic sister Necla (Demet Akbag), and has a faithful assistant in Hidayet (Ayberk Pekcan), but he has no idea that the villagers think of him as a wealthy land owner who sends his goons to harshly collect their back rent. Aydin discovers this when a young boy (Emirhan Doruktutan) throws a rock through his car window and he reluctantly begins an ongoing conversation with the boy's on-the-edge father (Nejat Isler) and far too smiley uncle (Serhat Mustafa Kilic), a local imam. But as Aydin tries to make sense of this, he opens Pandora's box with both his wife and sister.

All of these characters are utterly fascinating, real-life people with big personalities who speak their minds even when they probably shouldn't. At the centre, Bilginer is magnetic as Aydin, a likeably bullheaded man who simply can't see his own flaws (although everyone else sees them!). All of the performances are earthy and natural, which makes every encounter utterly riveting. When these people talk about the social changes taking place around them, it's easy to see these same issues in our own lives. When they argue about the morality of resisting an evil act, we think the answer is a no-brainer until the characters begin making sense in ways we never thought of before.

Before Cannes 2014, to suggest ‘Winter Sleep’ would take the prestigious Palme D’Or back to Nuri Bilge Ceylan’s native Turkey would have been a leftfield choice. But after the second day screening of the 3 hour 16 minute film, the destination of this year’s prize was known to some with 9 days of the festival left to run. 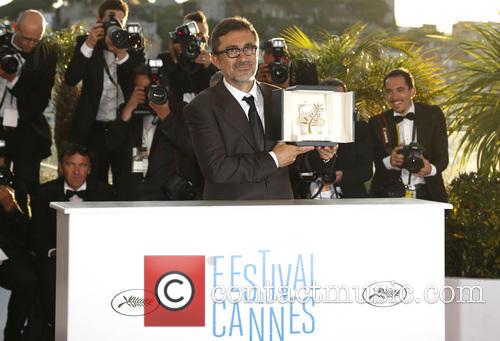 The movie centres on a family running a hotel in the snow-capped Turkish mountains, gently peeling away at the psychology behind the father character as he deals with family and business crises alike. In his acceptance speech, Ceylan noted that “This year is the 100th year of Turkish cinema, and it’s a good coincidence I think. I want to dedicate the prize to the young people of Turkey,” and, referring to the  11 deaths in antigovernment protests that began in May 2013, said: “especially those who lost their lives during the last year.”

Once Upon A Time In Anatolia Review

By Rich Cline
Very Good
Patiently following a police procedure over about 18 hours, this Turkish drama is startlingly involving, mainly because it quietly deepens our interest through character detail. It's also stunningly well shot and edited. As the sun begins to set, prosecutor Nusret (Birsel) and policeman Naci (Erdogan) lead a convoy into the countryside looking for a dead body. Guided by the unhelpful suspect Kenan (Tanis), the group moves from place to place, seemingly on a wild goose chase. During this time, Nusret and Naci get to know Dr Cemal (Uzuner), who is along to examine the body. And Naci's driver Arab (Taylan) also adds to the mix of personalities driving in circles through the long, dark night.

Continue reading: Once Upon A Time In Anatolia Review

This may be a three-hour 15-minute Turkish movie, but it's utterly riveting in the way...

Once Upon a Time in Anatolia Movie Review

Patiently following a police procedure over about 18 hours, this Turkish drama is startlingly involving,...