The counterpart video is directed by Brendan McCarthy and produced by Tony Doogan (Super Furry Animals, Mogwai, Teenage Fanclub, Belle & Sebastian) and features a man in a business suit exasperatedly trying to cross several busy roads and almost getting run over. His feelings of frustration and the constant hindering of his journey is reflected in the constant, rising and falling of the song. It feels very slow and dreamlike, reminiscent of Devon band Muse almost, and the sound gets gradually darker and more ominous towards the end when the video subject is almost killed.

North Atlantic Oscillation (made up of vocalist/ keyboardist Sam Healy, drummer and synth player Ben Martin, synth and guitarist Bill Walsh and bassist/ synth player Chris Howard) are set to show off their new album at the Electric Circus in Edinburgh on August 23rd 2012. Healy describes the record as being 'about doubt and loss', with a 'counterbalancing sense of resignation and even optimism'. 'One of the main themes is that of searching for meaning in a scientific, post-religious world', he reveals. 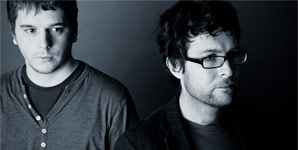 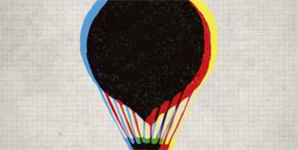