The bell tolls, we just don't know for whom yet.

It’s time for the hotly anticipated Walking Dead season finale tonight – yes, time sure does fly, when you’re watching people fight off a global zombie plague. This one’s big, as we’ll finally see the band of survivors arrive at Terminus – the sanctuary we’ve been hearing about for months. The place is rumored to be a walker-free haven for anyone, who survives the perilous trip to its gates. 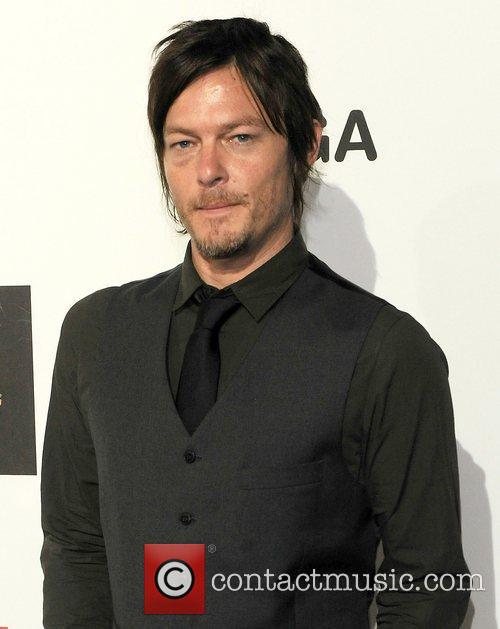 Of course, in TWD, as in life, everything comes at a price. The big questions now are: Is Terminus really what it promises to be?  If so, how has it stayed that way? And most importantly: which members of the prison team will even make it there? It sounds almost too good to be true. Given the writing team’s tendency to go for surprise plot twists of the bloody variety, the team might be about to have the rug pulled out from under them. It has happened before *cough* Governor *cough*.

Ahead of the big episode, E! have released a special poster, featuring everyone’s favorite zombie killer, Daryl (Norman Reedus). It’s beyond us how he manages to look that cool during a zombie Apocalypse, but the bigger question right now is: what will he have to do to protect his new family?

Or it might be Carl. Please let it be Carl.

Executive producer Robert Kirkman  said in a Reddit AMA last week, "In my opinion, I feel like characters ripen like fruit. So while I wouldn't say the more popular a character is the more likely they are to die, they do have to reach a certain level of popularity before they've ‘earned' the death. No character is too popular to die. (Suck it, Reedus!)" What do you think – is it just hype, or would the writers actually go through with it?