Actor Norman Reedus Stumbled Into Acting Following A Drunken Night At A Party. 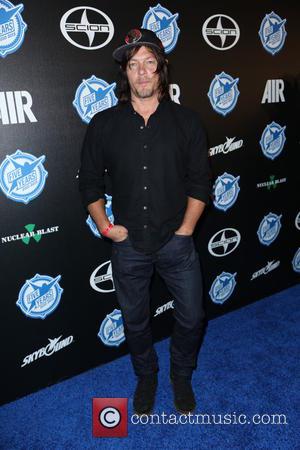 The Walking Dead star attended the soiree in Los Angeles after he was fired from his job at a motorcycle shop and couldn't believe his luck when he was asked to be an understudy in a play.

"A friend of mine took me out to a party that night and I drank way too much and I was yelling at a bunch of people and somebody approached me and asked me to be in a play," he told U.S. late night host Jimmy Fallon on Wednesday (07Oct15).

"They took me to this pizza place... and asked me to be in this play... They said, 'You'll be the understudy', so I thought I would never even have to go on, and then I went on the first night because the dude didn't even show up and I was terrified. I didn't know what I was doing."

And his run of good luck didn't end there - an aspiring agent in the audience liked what she saw and started representing Reedus. He adds, "I just booked some stuff and now here we are."