Norah Jones: Lee Is My Partner In Everything 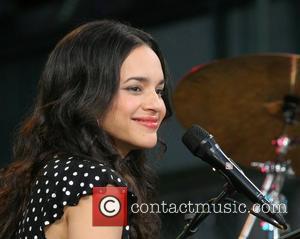 Jazz sensation Norah Jones is glad she ignored her instincts to avoid dating a member of her backing band - because it would have cost her a relationship with long-term boyfriend LEE ALEXANDER.

The COME AWAY WITH ME singer met Alexander when she needed a bass player soon after moving to New York, and Jones attributes her growth as a musician to her beau's influence.

"We got romantically involved almost as soon as we got musically involved. I know you shouldn't get involved with member of your band, but we have been through the whole thing together.

"He's my partner musically, we live together and he's involved in all the decisions I have to make.

"We have to have complementary temperaments to be with each other all the time. Lee's so mellow that if I try to pick a fight with him, he'll go, 'Yeah, whatever.'"