Norah Jones (born Geethali Norah Jones Shankar, 30.3.1979)
Norah Jones is an American singer, musician and songwriter. She rose to fame with the release of her debut album Come Away With Me.

Childhood: Norah Jones was born in New York, to Ravi Shankar - a sitar player famous for having worked with The Beatles) - and Sue Jones, a concert producer. As a child, she moved with her mother to Grapevine, Texas and attended Grapevine High School.

Jones later transferred to the Booker T. Washington High School for the Performing and Visual Arts, in Dallas. She changed her name to Norah Jones at the age of 16.

After embarking on a course at the University of North Texas, Jones left after two years and moved to New York, starting a band with Jesse Harris, whom she had met whilst in Texas.

When she started out, Norah was heavily influenced by Billie Holiday, Bill Evans and Willie Nelson.

Music Career: Norah Jones released a five song EP in 2001, after signing a deal with Blue Note Records, a subsidiary of EMI. The EP was entitled 'This Is My Time Advance'. Her debut album, Come Away With Me, was released in February 2002. The lead single was 'Don't Know Why'.

Come Away With Me won Album of the Year at the Grammy Awards and has been certified as having 'diamond' selling status in 2005.

The second album from Norah Jones was entitled Feels Like Home and was more influenced by country music than her debut. Feels Like Home went straight to number one in 16 different countries.

Not Too Late was the third album from Norah Jones and was released in January 2007. It was the first album on which Norah Jones either wrote or co-wrote every song on the album. Her previous producer, Arif Mardin, had passed away in 2006, so Not Too Late was produced instead by Lee Alexander, her bass player and former partner. This time, the album reached number one in 20 countries, achieving the third best first weeks sales, after Avril Lavigne and Linkin Park and eventually sold over 5 million copies worldwide.

The fourth album from Norah Jones, The Fall, had a more contemporary rock feel than her previous albums and features collaborations from Ryan Adams and Will Sheff of Okkervil River. The debut single, 'Chasing Pirates', was released in October 2009.

In 2007, the film Blueberry Nights opened that year's Cannes Film Festival. Norah Jones made her major acting debut in the film, alongside Jude Law and Rachel Weisz.

In 2009, Jones had a cameo role in Wah Do Dem, a small budget independent film. 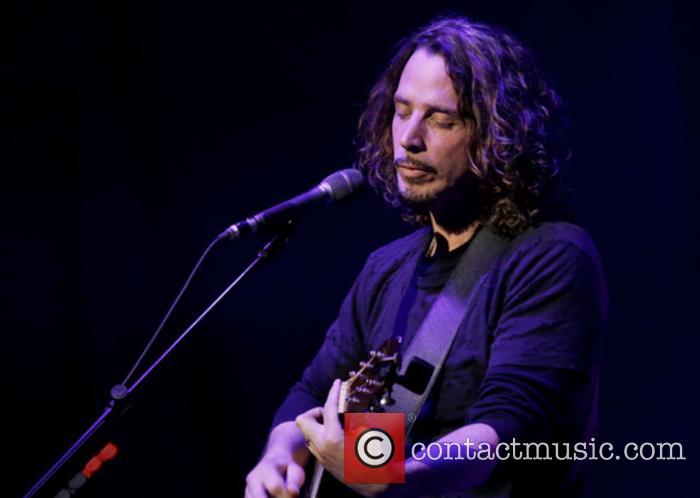 The Rolling Stones guitarist's forthcoming album, his first in 23 years, will include a duet with Norah Jones.

As tickets go on sale for 'Exhibitionism', the Rolling Stones' cleverly titled 2016 exhibition at the Saatchi Gallery in London, the legendary band's guitarist Keith Richards has taken the opportunity to announce his first solo album since 1992. 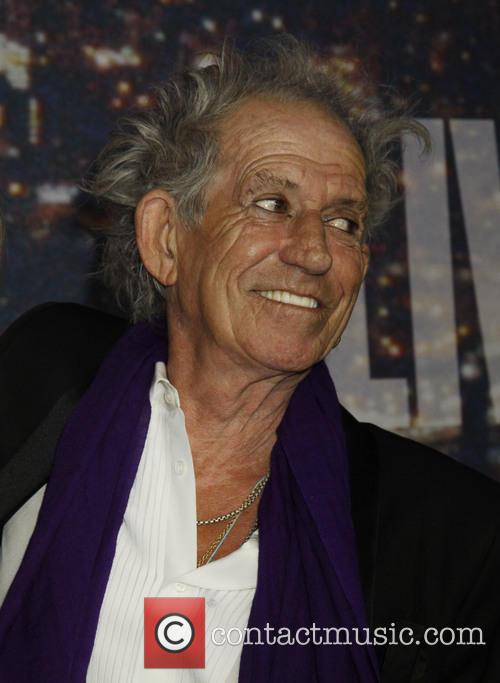 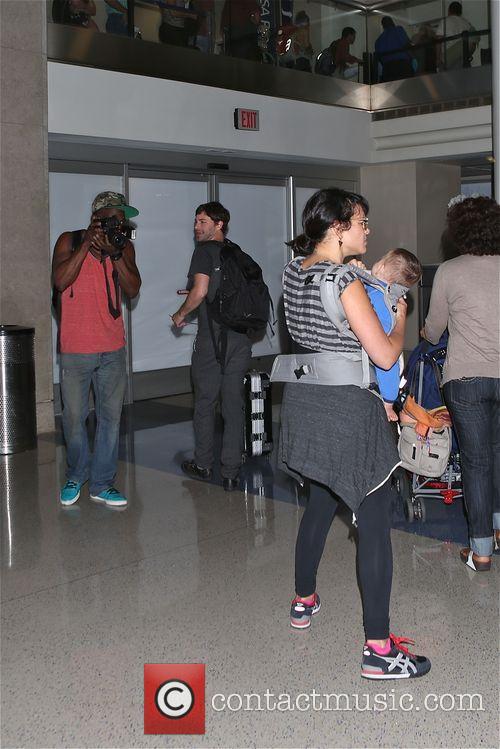 They Came Together Review

How do you spoof a genre that's already a joke? Filmmakers David Wain and Michael Showalter clearly think the answer is to go for broke with a nonstop barrage of silliness, because some of the jokes are bound to stick. They did the same thing for teen summer-camp comedies more than a decade ago with Wet Hot American Summer, which stars many of the same actors. And while this movie is just as hilarious, it never quite transcends its own jokiness. Because as a rom-com it's never very engaging.

The story plays out as Joel and Molly (Paul Rudd and Amy Poehler) meet up with their friends (Bill Hader and Ellie Kemper) and regale them with the story of their romance. Everything about their courtship is just like in the movies, from the meet-cute to the fact that New York is another character in their story. Molly runs an adorable candy shop, while Joel is a "not too handsome or too Jewish" corporate raider sent to shut her down, but they hit it off, engage in a wildly energetic first sexual encounter, then go through the usual montage sequences on their way to the usual rough patches ("Your dreams don't pay the rent!"), breakups and mad-dash reunions.

Since it's told in flashbacks, the film feels almost like a collection of comedy sketches, most of which are ridiculously funny. The jokes are clever and pointed, with riotous side characters including sassy best friends, inappropriate relatives, idiotic coworkers and clingy ex-lovers. So every scene is a zany mixture of goofy slapstick, surreal visual gags and hysterically overstated emotion. Thankfully, the cast is more than adept at wringing every moment for laughter. Rudd and Poehler have impeccable timing, and they're supported by a terrific cast of seasoned comical actors, including amusing cameos from the likes of Adam Scott, Michael Shannon and Norah Jones.

Continue reading: They Came Together Review

By Contributor in Music / Festivals on 30 January 2013

Adele isn’t the only one getting her lungs dusted off for the Oscars next month, veteran singer and two-time Academy Award winner Barbra Streisand is also going to be making an appearance!

Streisand hasn’t performed at the prestigious movie awards for nearly four decades, but she will do on the evening of February 24, with the show’s producers Craig Zadan and Neil Meron revealing the news in a statement. “In an evening that celebrates the artistry of movies and music, how could the telecast be complete without Barbra Streisand?” they said, as reported by Entertainment Weekly. “We are honored that she has agreed to do a very special performance on this year’s Oscars, her first time singing on the show in 36 years.”

Adele is there as part of the James Bond 50th anniversary segment and also because she’s been nominated this year for her Skyfall theme song. Norah Jones will also be performing on the night, her song ‘Everybody Needs A Best Friend’, from Ted, is up against Adele’s. The last time Streisand took to the stage at the Oscars was 1977 she performed ‘Evergreen’, the love theme from A Star Is Born, going on to win an original song award the same night.

Family, friends and fans have all congregated in California today to mourn the late Indian sitar legend Ravi Shankar, who passed away earlier this month.

Shankar will long be remembered for his inspirational style of playing the sitar, which has led many to claim him to be the greatest player of the instrument in the modern era. His work with The Beatles and the influence he had on them, particularly George Harrison, who became a close friend to Shankar, opened his work and a completely new sound to Western ears for the first time for many, and his music will be remembered long after his passing.

Olivia Harrison, the widow of George, attended the ceremony and gave a speech telling of the impact Shankar had on her, her late husband and everyone who came into contact with him. Whilst Ravi's daughter, Anoushka Shankar, and her half-sister Norah Jones also showed up to pay their respects to the late great.

By Rich Cline
Very Good
Plying his trade in pop culture references and surprising punchlines, MacFarlane jumps the adult-oriented comedy bandwagon with a film that's smarter and funnier than most. It also has a surprisingly warm and serious thematic undercurrent.

After a childhood wish brought his teddy bear to life, John (Wahlberg) has become inseparable with his buddy Ted (voiced by Macfarlane). But John's girlfriend Lori (Kunis) is starting to think that a 35-year-old man and his fluffy pal should stop living like stoner-slackers. Worried about the foul-mouthed, womanising Ted's influence, she encourages John to make his own way in life, so they can be a proper couple. But separating Ted and John is more difficult than it looks. 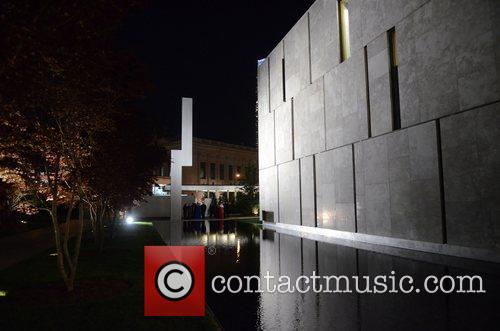 By Nima Baniamer in Music Reviews on 10 November 2010

Having won nine Grammy Awards is no low feat. In the past decade, Norah Jones has continued to be on top of her game by creating soulful music that is a treat to ears across the world. Being Billboard's 60th best -selling musical-artist of the noughties reveals how far this little girl from Brooklyn has gone. This month she releases a collection of 18 collaborations she has had with various artists and bands over her decade-spanning career. Norah Jones describes duets as being 'kind of like being a little kid and having a playdate'. Jones is right; duets have never been more fun.

By Rich Cline
Excellent
This scruffy and offhanded comedy-drama has a certain realistic charm that keeps us smiling all the way trough. It's a cleverly made film with a story that continually moves forward, taking us on an enjoyable series of adventures.

Slacker musician Max (Bones) is looking forward to a freebie Caribbean cruise with his girlfriend Willow (Jones), but she breaks up with him just before they're due to leave. Max's friends insist that he goes anyway, although all of them are too busy to travel with him. Bored on his own, he jumps ship when he gets to Jamaica. But this turns into a bigger challenge than expected when he's robbed of everything but his swim-trunks and has to traverse the island on foot to find the American Embassy. 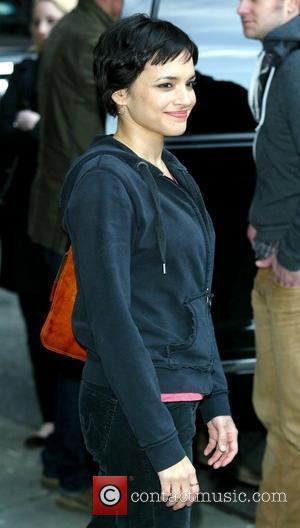