Noomi Rapace refused to look sexy for her scenes in new sci-fi epic Prometheus, and begged her make-up artist to apply extra blood and sweat.
The actress plays alien-battling archaeologist Dr Elizabeth Shaw in Ridley Scott's highly-anticipated movie, and she snubbed the chance to appear attractive by layering on fake blood.
She tells Britain's Daily Mail, "I'm not here to be beautiful. I'm not here to be sexy. Sometimes you can do a sexy part, or play a woman who's supposed to be beautiful, and then we can do beauty. That's for another movie. But for this movie it was sweat. More sweat, then more dirt. More blood. The make-up artist said that it was unusual for actors to ask for more fake blood and sweat but I loved it."
And it wasn't only her image which suffered on set - she was left in agony due to the gruelling action scenes.
Rapace adds, "(Ridley Scott) doesn't want us (actors) to hold back. Sometimes, I was so bruised, and my body was in so much pain, but the character wouldn't give up, and neither would I." 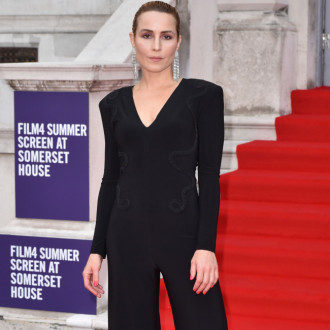