The Girl With The Dragon Tattoo Star Noomi Rapace Is In Talks To Play Tragic British Singer Amy Winehouse In A New Biopic. 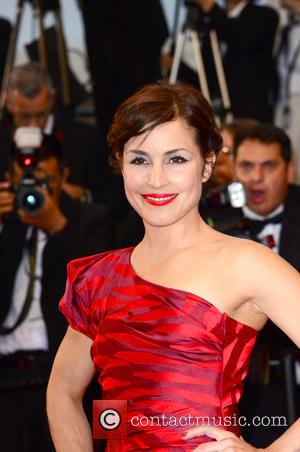 Picture: Noomi Rapace - A variety of celebrities were photographed as they took to the red carpet at the 68th Annual Cannes Film Festival for the...

The late Rehab star's father Mitch Winehouse, who handles her estate, is reportedly talking to filmmakers about handing over the rights to his daughter's music for the project.

Rapace's involvement might seem a little odd to some, as, at 35, she's already eight years older than Winehouse was when she died of alcohol poisoning in July, 2011.

News of the biopic comes on the heels of the success of Amy, director Asif Kapadia's documentary about the singer, which debuted at the Cannes Film Festival last year (14).

Swedish actress Rapace enjoyed acting success through Scandinavia before the adaptations of Stieg Larsson's Millennium Trilogy books turned her into an international star. She has since appeared in the films Prometheus, Sherlock Holmes: A Game of Shadows and The Drop.