Some Might Say: Liam And Noel Gallagher Speak Again 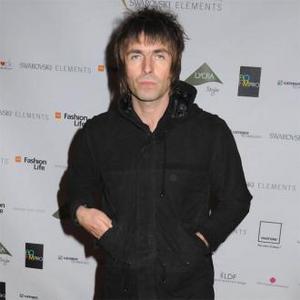 The brothers have been estranged ever since Noel quit the group following a backstage bust-up - during which Liam attacked his older sibling with a guitar - at a Paris music festival in August 2009.

But their mutual joy at their favourite football club Manchester City - which they have supported since childhood - winning the English Premier League title has thawed relations between the warring pair and they have now spoken and have also exchanged ''friendly'' text messages.

A friend of the pair told the Daily Express newspaper: ''They were both over the moon when City won and messages were exchanged. It took something like that to break the ice and they've also been in touch since by text.''

The pair are still yet to meet, but it is hoped this initial contact could be the start of them reconciling their relationship.

The source added: ''Things are never going to be completely lovey dovey between them but the fact they're communicating is a start.''

Liam, 39, was at Manchester City's Etihad Stadium earlier this month to witness the team's historic 3-2 victory against Queen Park Rangers which clinched them the title, while Noel, 44, was on tour with his group the High Flying Birds and watched The Game in a bar in Chile.

Since the demise of Oasis, Liam - who has formed new band Beady Eye - and Noel have continued their feud by publicly criticising each other and at one point the singer took legal action against the guitarist for claiming he missed Oasis's V Festival show in August 2009 because he had a hangover.

However, both brothers have admitted they still ''love'' each other despite their fractured relationship and have indicated they might be interested in reuniting to celebrate the 20th anniversary of their seminal second album '(What's The Story?) Morning Glory' in 2015.