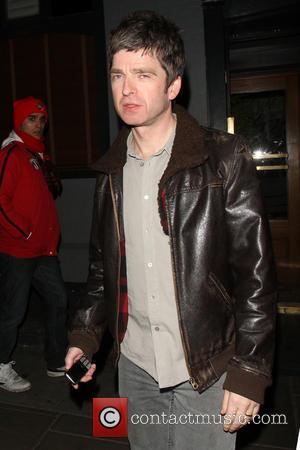 The young daughters of rock legends Noel Gallagher and Mick Jones are showing off their modelling skills for a new campaign to stamp out animal cruelty.

Anais Gallagher, 13, and sisters Stella and Ava Jones, 10 and eight respectively, have posed in brightly-coloured tutus and matching boots in the billboard advert for People for the Ethical Treatment of Animals.

Anais, daughter of former Oasis star Noel, and the Jones sisters, whose father is ex-The Clash rocker Mick, are shown with angel wings on their back and a halo above them as they pose alongside the message, "Cruelty doesn't fly with us - Be an angel for animals. Only bullies hurt animals - Don't be afraid to report them."

Anais, who posed for top snapper Mario Testino last year (12) and was featured in a photoshoot in British magazine Ok! in 2011, says, "We all know it's wrong to abuse animals, but it takes courage to speak up when we see an animal in trouble. If you suspect that somebody's hurting an animal, be brave - tell your parents, a teacher, Peta or a police officer. You could save that animal's life."