Noel Gallagher's admits he gets less time to play guitar at his home now he has three children. 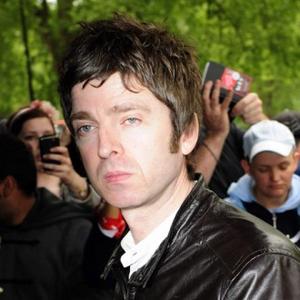 Noel Gallagher's son stops him from playing the guitar.

The former Oasis star's four-year-old son Donovan - his child with wife Sara MacDonald - is not a fan of his dad's musical talent and will put his hand over his strings to halt his practice sessions.

Noel - who has another child, 12-month-old Sonny, with Sara, and an 11-year-old daughter Anais with his ex-wife Meg Matthews - said: "I've always got a guitar round the house. I'd like to play the guitar more but I've got three kids and a cat and they're slowly demolishing my house!

"Unfortunately my eldest lad has developed a habit of finding me wherever I am in the house. I could be inside a wardrobe just getting five minutes, and he'll find me. He'll just open the wardrobe door. He doesn't say anything, he'll just put his hands over the strings. So that's it."

But the 'If I Had A Gun' singer - who releases his debut solo album, 'Noel Gallagher's High Flying Birds', next week - has come up with an plan to get his revenge on Donovan when he is older.

During an appearance on the Simon Mayo show on UK station BBC Radio 2, he added: "When he does it I just look at him and think I'll remember this when I'm writing my will out. He'll find out when they're reading out the will and 'to Donovan...' He'll say, 'He's left me this guitar.' It would be ironic wouldn't it?"