Noel Gallagher Would Be A Roadie If He Wasn't As Successful

Oasis star Noel Gallagher would still be a roadie if his music career hadn't worked out. 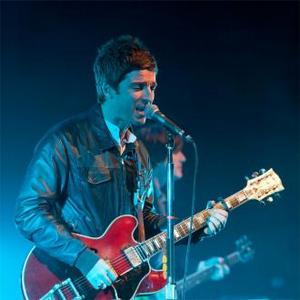 Noel Gallagher would still be a roadie if his music career hadn't worked out.

The former Oasis star went on the road with indie band the Inspiral Carpets back in the late Eighties.

And he believes that would have been his job for life if success hadn't come his way.

He told The Sun newspaper: ''I would have been out there now, probably in an ill-fitting black T-shirt with a Tattoo and some scruffy Converse trainers. Because that is what they all wear.''

Despite the different sense of fashion he may have had, Noel admitted that his speedy skills on the job would have worked well with the outfits often associated with the musical technicians.

He continued: ''But I was maybe the best-dressed roadie in the history of music. I used to wear white jeans and never got them dirty. I was too quick for the dirt.''

Noel recently made Olympic organisers wait until the last minute before allowing 'Wonderwall' to be performed at the closing ceremony.

He was asked to sing his band's iconic track but turned the opportunity down, leaving his brother - the group's former singer, Liam - and his band Beady Eye to perform.