Former Oasis star Noel Gallagher has turned down offers to write his autobiography because penning a book seems like a ''load of homework''. 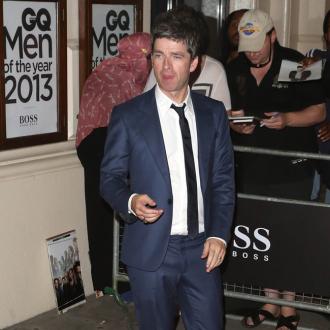 Noel Gallagher won't write an autobiography because it would be a ''load of homework''.

The former Oasis star has revealed he's turned down offers to put his life story into words because he doesn't have the inclination to put the events of his life and career into words.

Speaking at a Q&A session at Facebook HQ in London on Monday (13.10.14), he said: ''I've been offered to do it a couple of times, but I read autobiographies and think, 'That is like a proper load of f***ing homework'. And it is, it's a lot of homework. I struggle to write the words for a song, never mind my life story. If I did write it I'd think it was great until I picked it up in a book shop and then I 'd think it was s**t. I would just think, 'I don't mean any of that.' ''

However, Noel admits he would be tempted to put pen to paper if he really needed the money.

He added: ''I guess if I've ever got literally no f***ing money left and nothing better to do I'd probably consider it. I would do it for £750,000. But I struggle sending texts, you know what I mean?''

Despite the hedonistic lifestyle he and his brother Liam Gallagher lived when they were in Oasis, the 47-year-old musician insists his memories of the band's career is pretty good, but the things he can recall aren't necessarily the most interesting.

He revealed: ''I remember certain stupid things. I mean when I get home after this today I'll have to be reminded where I've been this afternoon. But I can remember what shoes I was wearing when Oasis played South Shields Leisure Centre in 1993 - they there were Adidas Kick, which is a trainer of course.''

At the Q&A Noel announced his new High Flying Birds album, Chasing Yesterday, which will be released next March and debuted his next single 'In the Heat of the Moment', will be released digitally and on limited-edition vinyl on November 17.