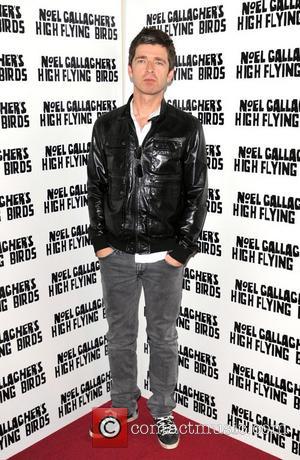 Noel Gallagher has vowed to join the digital age and learn about modern technology after discovering fans were finishing his half-written songs and posting them online.
The former Oasis star likes to work on ideas for new tracks during concert soundchecks, and he had no idea onlookers were secretly recording him.
He later found out the bootleg tapes of his embryonic songs had been posted on YouTube.com - and was stunned to see fans had been completing the tracks for him.
Gallagher tells Mojo magazine, "Some were written on the last (Oasis) tour, when I used to feel them out by getting my acoustic guitar and strumming them after soundcheck, because you sound like Jesus in a big arena. A year later someone comes up to me and says: 'Have you got a song called If I Had A Gun?'. (I said) 'Yes... why?' There wasn't even a demo of this.
"Turns out some kids have been taping the soundchecks on mobile phones and posting them up on the internet. I haven't got a computer and I'm completely oblivious to it all, so I check it out and there are kids on YouTube finishing them off! I'm thinking, 'They're covering my songs before I've written them?'. I need to keep an eye on this s**t."