Noel Gallagher was left shaken after a ''shooting rampage'' occurred just minutes from his Hollywood hotel. 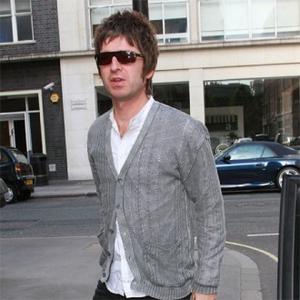 Noel Gallagher was left shaken after a "shooting rampage" occurred just minutes from his hotel.

The 44-year-old rocker was staying at a Hollywood hotel near where Tyler Brehm opened fire on shoppers earlier this month, which left several people injured and a music executive dead, and he was stunned at just how close the incident was to him.

Noel wrote on his website: "Woke up yesterday to the news that there'd been - and I quote - a shooting rampage not five minutes from my hotel!! A shooting rampage!!!!!!!!!! (sic)"

The 'If I Had A Gun' hitmaker was unharmed and admitted he still "loves" Hollywood, despite being shaken up when he heard the news.

He wrote "Apparently some kid (27) just randomly shot seven people in the street before he was himself shot in the head by the cops!!!! What the f**k?? I love this place, but f**k me, that's insane. (sic)"

As well as his fondness for Hollywood, the former Oasis guitarist recently admitted he "still loves" his brother Liam - despite their fight in August 2009 that led to him quitting the band - but not as much as his wife Sara MacDonald and their sons, Donovan, four, and 14-month-old Sonny, and his 11-year-old daughter Anais, his child with ex-spouse Meg Matthews.

He explained: "I haven't spoken to him. Of course I still love him, but not in the way that I love Sara and the kids. When I see picture of him in a magazine, I don't go, 'Awww.' But I wouldn't ever wish anything bad on him."