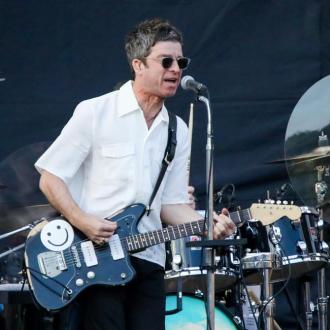 The former Oasis rocker enjoyed a birthday bash based on the Netflix show 'Narcos' back in 2017, when an unnamed movie star was seen engaging in some particularly bizarre behaviour.

During Noel's appearance on the 'Funny How?' podcast, host Matty Morgan recalled: ''At your 50th, there was a big Hollywood movie star and he was walking around eating what I thought was a little bar of chocolate but he was eating solid weed.

''I kept thinking, 'That is such a weird snack to bring to a party.'''

Noel, 52 - whose bash was staged at Aynhoe Park in Oxfordshire, England - replied: ''Yeah, he is ­otherworldly, put it that way.''

Meanwhile, Liam Gallagher recently mocked his brother Noel for releasing a 'lost' Oasis song, claiming he had to do it because their fans hate his new material.

The outspoken star launched a social media tirade towards Noel and his wife Sara MacDonald, after his brother decided to release a demo track titled 'Don't Stop'.

Replying to a Twitter message from a fan, he tweeted: ''It's the only way he's gonna stay relevant, by putting out Oasis demos as no f***er gives a s*** about his new stuff. (sic)''

Liam, 47, also took aim at Sara, who he's previously accused of being the person responsible for preventing an Oasis reunion.

The 'Wall of Glass' hitmaker said on the micro-blogging platform: ''I'm more surprised at the fact the witch has let him hook into his past glories, he must have put it together while she was out on her broom for her hourly exercise. (sic)''