Noel Gallagher says Oasis reunion would be the 'death' of him

Noel Gallagher has claimed an Oasis reunion would be the ''death'' of him at this stage of his career, suggesting it would be a backwards step after his latest High Flying Birds album 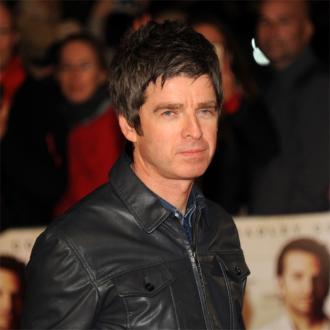 The 'Don't Look Back In Anger' hitmaker has been embroiled in a bitter row with brother Liam since the iconinc Britpop group's breakup in 2009, and he has shrugged off the idea of a nostalgic comeback, and he has insisted getting the band back together would be the ''death'' of him.

''If I was to get Oasis back together tomorrow and then do a tour, I'd have a hundred million dollars in the bank but I'd have learnt f**k all.''

The singer - who recently released his third solo album 'Who Built The Moon?' with High Flying Birds - added that a reunion would be a creative and personal step backwards.

He explained: ''I'd have actually wasted a year of being in the studio with a person like David Holmes. It would be the death of me as a person.''

Noel, 50, insisted it is Oasis' huge success that negate the need for a reunion, because they achieved everything they ever wanted to and more, leaving nothing for them to move on to if they did get back together.

He said: ''I could understand if we were a band who'd been going for five years and were just at out peak, but Oasis have got no unfinished business. We did it. We f***ing did it, and then some. It's done.''