Noel Gallagher will perform an intimate, phones-free gig in London, with recording devices banned from the venue 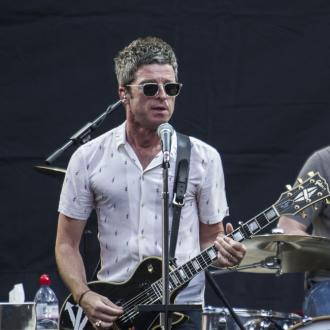 Noel Gallagher has banned mobile phones from his forthcoming show in London.

The former Oasis rocker has announced a gig at York Hall in Bethnal Green on November 1, and any fans hoping to attend with have to apply to Apple Music's event page by Sunday (22.10.17), - but they won't be able to record any of the activities inside the venue on electronic devices.

A statement on the event's website reads: ''Smartphones, smart watches and recording devices are not permitted inside the venue. Secure pouches will be provided by Yondr to hold devices during the show.''

While it means fans hoping to relive the night won't be able to record the exclusive show, it promises to add to the intimate atmosphere.

Attendees for the Noel Gallagher's High Flying Birds show must be 18 and over, and photo ID will be required to gain entry to the concert.

One song fans probably won't be able to hear live is 'Keep on Reaching', which appears on the 50-year-old singer's third solo studio album 'Who Built The Moon?', in which he's convinced he sounds just like Marvin Gaye.

The track could cause problems for Noel as he is now concerned he might not be able to recreate the soothing soul sound of the late Motown star when he is playing the song in front of a live audience.

He recently said: ''I don't even know if I'm going to be able to do it live. It's incredible. It's called 'Keep on Reaching'. You know you've got a good album when that's not even going to be a single.''

Meanwhile, Noel's brother Liam has taken aim at his latest material, claiming he played it too safe with his latest track, 'Holy Mountain'.

Asked his opinion on the song, he told Vulture: ''Obviously you know what I'm going to say, but it's not for me. Musically, I find it a bit annoying. I think there are too many notes in it, and it's just a bit not risky. It's not for me.''

The 45-year-old rocker insists he doesn't care that Noel has always been portrayed as the more sensible sibling because he thinks his 50-year-old brother and former Oasis bandmate has worked hard at trying to be ''beige'', while he doesn't worry about what people think of him.

He said: ''He works hard at being beige, so I wouldn't want to come and take his crown at that.''