Writer Melanie Blake has recalled the wild parties she attended at Noel Gallagher's house in the 1990s, where she often witnessed ''lesbian threesomes''. 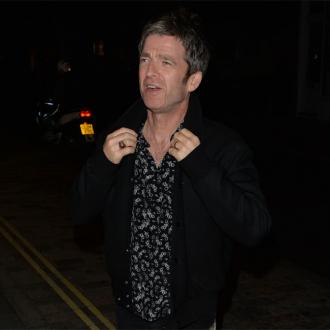 The former Oasis rocker lived in north London mansion Supernova Heights with then-wife Meg Matthews - who he was wed to from 1997 to 2001 - and the pair were renowned for their frequent wild bashes, which quickly descended into ''great big drugs f**kfests'', music manager-turned-author Melanie Blake has claimed.

She said: ''I was always at Supernova Heights, which of course was a great big drugs f***fest. I never did drugs; I used to stand back and observe.

''It was a debauched hotbed of mess. I used to ring my brother from the bathroom sometimes and say, 'You'll never guess what I've just seen.' Lesbian threesomes everywhere you looked.

''One room was full of beds - it was meant to be a movie room, but I never saw any movies on.

''You'd go to parties at Claridge's and suddenly you'd turn round and everyone was at it on the bed. It was crazy.''

Melanie used to work on 'Top of the Pops' and admitted producers on the music programme had to draft in extra security to keep Oasis and their arch rivals Blur apart whenever they were both on the show at the same time.

And the writer recalled how Robbie Williams, while still in Take That, threatened to get her fired from the show when she asked him to stop kicking a football against the studio's soundproof doors.

She told The Times magazine: ''He was being such a d**k. He was at the height of his fame and arrogance.

''I've heard he's nothing like that now, but the boy bands were just big children really, setting off fire alarms and breaking out the fire extinguishers.''