Noel Gallagher doesn't want to be able to drive and says he will deliberately fail if he ever takes his test, 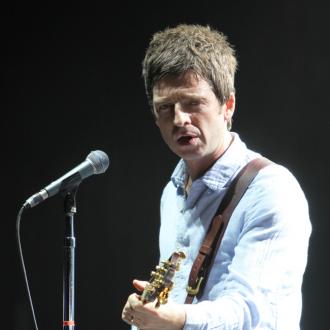 Noel Gallagher is refusing to take a driving test.

The 45-year-old rocker - who has sons Donovan, five, and Sonny, two, with wife Sara MacDonald, as well as 12-year-old daughter Anais with former spouse Meg Matthews - is being forced to take lessons by his spouse, but is so determined not to legally be allowed behind the wheel, he says he will deliberately fail if he ever sits his driving test.

He said: ''My lovely wife is insisting I take driving lessons.

''She said, 'Who is going to take the boys to the football?' And I am like, 'Well you are.' But I have sussed it, you see. If I ever qualify for a test I will deliberately fail.

''I would rather be in the passenger seat. I would crash a lot of cars. I have had 40-odd years looking out the window.''

The former Oasis guitarist also admitted his rock 'n' roll lifestyle means he is ''dreading'' his sons reaching their teens but he won't advise them to stay away from smoking and drugs completely - so long as they remember they will never be as ''cool'' as him.

Speaking to Alan Carr on UK TV show 'Chatty Man', he said: ''I am dreading them in their teens. My attitude is everything in moderation, but I have told them, 'You will never be as cool as your dad.' ''

However, the 'If I Had A Gun' hitmaker admits he can no longer party like he used to because he gets such bad hangovers.

''It's called age. I usually wake up still drunk and when I go out to get the papers I wonder which way the traffic is going.

''The longest bender I have been on? I went three days without sleep once and ended up in hospital but that was a good party.''