Noel Gallagher says he's happy for his brother Liam to cover Oasis songs because it makes him money. 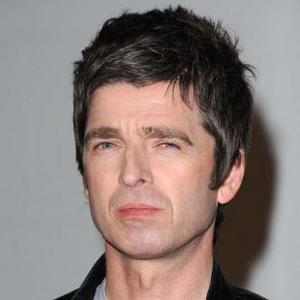 Noel Gallagher is happy for Beady Eye to sing Oasis songs because it makes him money.

The 'Stop Crying Your Heart Out' singer doesn't resent his brother and former bandmate Liam playing songs he wrote for their former band with his new group Beady Eye as he should get royalties from it.

Noel told The Sun newspaper: ''Beady Eye have my permission to play my songs and they should do whatever they like. I say he should go around the world, do those songs and fill out the PRS (performing rights) forms.''

Oasis ended in August 2009 after Noel was involved in a backstage altercation with his brother Liam, 39, right before they were due to perform at Rock en Seine festival on the outskirts of Paris.

The squabbling brothers have hardly spoken since, but in May they reportedly reconnected over the victory of their favourite soccer club, Manchester City, who won the UK Premier League.

A source said: ''They were both over the moon when City won and messages were exchanged. It took something like that to break the ice and they've also been in touch since by text.''

Noel and his new group, High Flying Birds, are playing Benicassim Festival in Spain this weekend.