Noel Gallagher has revealed he makes enough money he doesn't need to be a stadium rocker anymore. 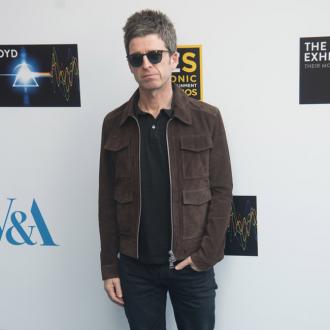 Noel Gallagher doesn't need to be a stadium rocker anymore because he has enough money.

The 50-year-old rocker thinks he's worked enough over the years to earn his cash so that he doesn't need to sell out big arena tours and he's convinced it would be ''undignified'' if he did.

Speaking to Music Feeds, he said: ''I've conquered the world enough, I've got enough money. In fact, I've got too much fucking money. Do you want some? I'll send you some. How much do you want? I don't need any more glory. I don't need to be a stadium rocker anymore - I did it when I was in my twenties and thirties and forties, and I was good at it. I don't particularly want to be a stadium rocker when I'm 50. I think it's undignified.''

Meanwhile, Noel supported U2 for two nights at Twickenham Stadium with his High Flying Birds as Bono and co brought their 30th anniversary tour of 'The Joshua Tree Tour' to London.

However, Noel's support of the group irritated his younger sibling Liam and he took to Twitter to slam his estranged family member and former bandmate.

Referencing a lyric from 'Champagne Supernova', the 44-year-old rocker tweeted: 'Corporate muck rkid yousde to call U2. funny eh, how many special people change, as you were LG x (sic)'