Noel Gallagher has revealed he wasn't sure about his 15-year-old daughter becoming a model but is happy she has found something she loves. 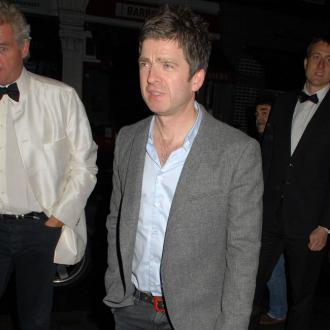 Noel Gallagher didn't want his daughter to become a model.

The High Flying Birds star - who has 15-year-old Anais with his ex-wife Meg Matthews - wasn't too keen on the blonde beauty making a name for herself in the fashion industry after she was signed to Select Model Management aged 11.

However, the 47-year-old singer - who also has Donovan, seven and Sonny, four, with his current wife Sara McDonald - is happy the youngster has found something she loves after being unveiled as the face of high street retailer Accessorize's STAR campaign.

He said: ''Because I've never lived with her, I don't really want to be the kind of dad that's laying down the law. It's not something I would have chosen for her. But as it's been allowed to happen... I don't see the harm in it.''

Noel added he never worries about Anais - who also co-hosts the CBBC magazine show 'The Friday Download' - as she is ''pretty bright'' and ''fiercely independent''.

He told The Daily Telegraph newspaper: ''And she's got a little TV thing going. She's a pretty bright girl. Anaïs, I've got to say, is fiercely independent and she's super-cool and I don't have any worries about her whatsoever. She's very much got her head tightly screwed on.''

The pretty teen also has high hopes for her modelling career and recently expressed her dream to follow in her mother's footsteps and star in a campaign for British label Burberry.

When asked who she would like to work with in the future, Anais said: ''Burberry! It's one of the coolest brands and their campaigns are always really flawless and I personally love them.

''I enjoy looking at them and the films they make. My mum did one when she was pregnant with me so I guess I've already done it but I'd like to do it when I can actually remember.''