Noel scotched widely reported rumours of an Oasis reunion later in the year, and blamed his brother for circulating them in the first place.

Noel Gallagher has denied recent reports that Oasis are due to reform, blaming his younger brother Liam for starting the false rumour.

Furthermore, the 47 year old claims that he hasn’t at any point considered reuniting the beloved Britpop group, after he himself quit the band at a show in Paris in August 2009. At the time, Liam was reported to have broken one of his favourite guitars minutes before the band was due onstage at a festival.

Speaking to Rolling Stone magazine, he said: “There was a rumour last week that we've had a gentleman's agreement [to reform Oasis], but that rumour's come from his people. It's a ‘source close to him’, and I'll tell you how close it is: she probably wakes up with him every morning. It's always left to me in an interview to let the kids down. People say, “You're breaking these kids' hearts”. Well, what the f***, man?” 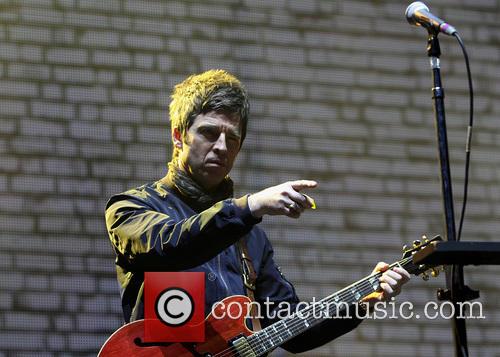 He also denied that Liam had been at an attendance at one of his High Flying Birds gigs back in March, despite a picture doing the rounds of the former Beady Eye singer holding a backstage pass. “Well, it wasn't his pass. He wasn't there. It was my other brother’s pass. If he’d had been at one of my gigs, you would've known about it because he'd have made his way onstage and started acting like a f*****’ gobs***e.”

Later on Wednesday, Liam tweeted a response to his brother’s accusation that he had started the anonymous Oasis reunion rumour, likening him to notorious British newspaper columnist Katie Hopkins in the process. He wrote: “I see Noel Katie Hopkins Gallagher is talking out of his slack a**e again go and polish your SAXAPHONE Ha ha LGx. (sic)”. So, it would seem that the Gallaghers’ sibling rivalry is as needling as ever it was.

The elder Gallagher, famous for his ability to give great copy, also used the interview to discuss Tidal (“I think ultimately with the spiel they came out with, it was like, ‘Do these people think they're the f*****' Avengers? They're going to save the f*****' [world].’”) and Zayn Malik’s departure from One Direction (“You might have wanted to be a normal 22 year old, but you won't want to be a normal 25 year old!”).

Last month, his second High Flying Birds LP Chasing Yesterday was revealed as the fastest selling vinyl album of the year so far, and topped the first ever British chart that measures sales of such albums.

More: Could ‘T In the Park’ be under threat of cancellation?