Liam and Noel Gallagher are reportedly planning to open a bar together and have ended their ongoing feud after meeting up at a a family wedding. 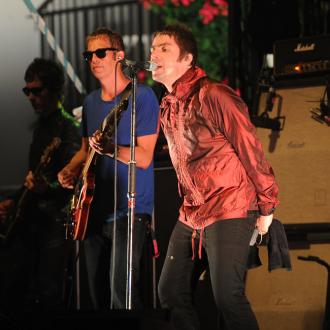 Liam and Noel Gallagher have reportedly ended their feud.

The brothers have barely spoke since a huge backstage bust-up ended their band Oasis in August 2009, but the pair recently met up at a family wedding in Ireland and buried the hatchet and are now even planning to open a bar together with their beloved mother Peggy.

A source told the Daily Star newspaper: ''Liam initially came up with the idea after a recent trip to Manchester with his mum Peggy.

''Then between them they thought Noel should also be brought on board.

''The brothers are thinking about an indie rock-themed place which serves artisan food.''

The pair plan to call their bar 'Champagne Supernova' after the Oasis anthem - which was included on the band's seminal album '(What's the Story) Morning Glory?' - of the same name and hope to finalise their deal at an underground venue close to the Deansgate and Spinningfields area of Manchester.

The insider added: ''The brothers are consulting their famous friends such as Russell Brand and Holly Willoughby for advice on the venue.

''They reckon a hot new bar could bring them together again.''

While the business move doesn't mean Oasis will be getting back together, the group's original guitarist Paul 'Bonehead' Arthurs - who left the band in 1999 - recently predicted a musical reunion will happen eventually.

He said: ''If someone said, 'Here's a field, here's a stage and here's 200,000 people,' I'm sure Liam would jump up and do it, and I don't think it would even take anyone offering him a massive bankroll of money. He'd do it because that's what he loves, that's his passion.''