Liam And Noel Gallagher Avoid Each Other At Music Festivals 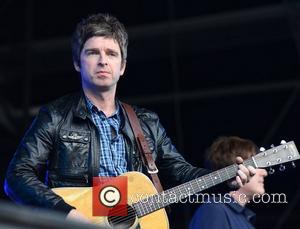 Rock brothers Liam and Noel Gallagher are refusing to perform on the same bill at music festivals to stop fans demanding an Oasis reunion.
The hit band split in 2009 after a bust-up backstage at a gig in Paris, France and the Gallagher brothers now lead separate professional lives - singer Liam performs with his band Beady Eye and singer/guitarist Noel tours under the name Noel Gallagher's High Flying Birds.
Both acts are due to play at Japan's Fuji Rock festival this weekend (27-29Jul12) but they insisted on performing on different days to avoid calls to reunite on stage.
Noel Gallagher tells British newspaper The Sun, "I don't think either camp would allow it. What happens if we're on the same bill? People start asking if we're reforming, that's what. Or they'll ask if we're going to get on stage together and sing (Oasis track) Digsy's f**king Dinner. I don't need that and I doubt he does either. I'd rather avoid it altogether, thank you."